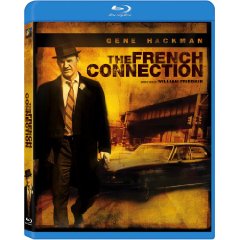 Video Event of the Week: Is it Magnolia's new DVD version of What Just Happened, the inside-Hollywood satire starring Robert DeNiro and directed by Barry Levenson? Might Fox's new disc of The Haunting of Molly Hartley, the teen horror flick starring Marley and Me ingenue Haley Bennet and some guy from Gossip Girl get the nod? Or against all sense and reason, is it remotely possible that Fox's new edition of Baz Luhrman's ludicrously over the top historical melodrama Australia would cop the title?

All worthy, to be sure, but unfortunately, there's no way around that fact that it's a two-disc Fox Blu-Ray which I've gotten but haven't had a chance to look at yet -- the controversial and apparently astonishing new version of The French Connection, supervised and visually reworked by original director William Friedkin.

Take it away, Billy.

As you can see from the above clip, Friedkin's a fan of the whole Blu-Ray thing and the FC transfer in particular, but what you don't get from that is that he and his techie staff have completely rejiggered the look of the film. As I said, I haven't had a chance to audition the disc yet, but I'm told that in another interview included with the Blu-Ray package, Friedkin explains his new visual scheme, which involves oversaturating and de-focusing the color, switching to black-and-white, and then combining the two images (an homage, apparently, to what John Huston tried to do for his 1956 Moby Dick).

At this point, my feeling is that it's Friedkin's film and he can do anything he wants to do with it, although I'd be curious to hear what original cinematographer Owen Roizman -- who had no input whatsoever on the new version -- has to say about the whole business. The purist in me, of course, thinks that Friedkin and Fox should have included a third disc in the package -- a crisp new transfer of the original 70s version of the film -- so that viewers could make up their own minds.

Oh well. In any case, I'm going to take a look at the thing over the weekend and I'll get back to you in more detail early next week. In the meantime, if you're curious (and who wouldn't be?) you can -- and dare I say should -- order the new Blu-Ray here. 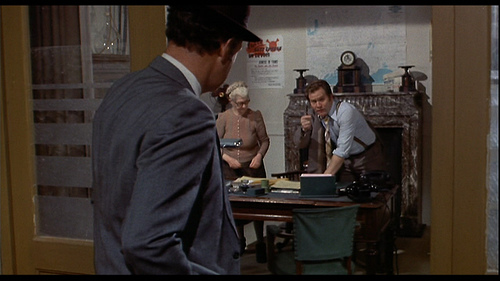 Gene Hackman, reprising his role as obsessed cop Popeye Doyle, journeys to the land of the Ignoble Frog and gets shot up with heroin by the bad guys for his trouble. Downbeat and altogether harrowing, but in some ways superior to the original. Incidentally, there's a new Blu-Ray of this one too, but director Frankenheimer being dead and all, nobody's messed with the look of the thing in his absence.

Tokyo detectives track down the kidnapper of a rich industrialist's son in this stylish and morally ambiguous mid-period Kurosawa stunner. Loosely based on King's Ransom, an 87th Precinct police procedural by Evan Hunter doing business under his nom du cop Ed McBain. 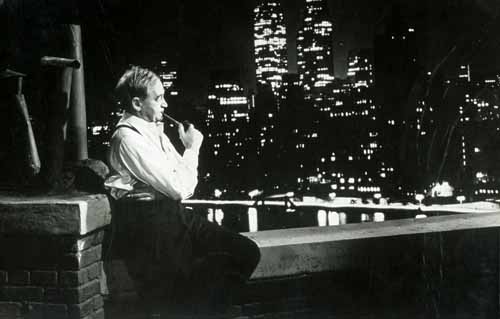 Manhattan cops, headed by grizzled vet Barry Fitzgerald, hunt the killer of a young model. Quintessential noir with dazzling NYC locations, including a concluding chase on the Williamsburg Bridge that remains breathtaking sixty years on.

Fact-based story of a Moscow cop (a wonderfully rumpled Stephen Rea) on the trail of a serial killer in a Soviet Union that doesn't officially allow the possibility that there could be such a thing in the Worker's Paradise.

And the most arresting (heh heh) example of Le Cinema Policier, give me any crap about this and I'll slap you in irons posthaste, is definitely .... 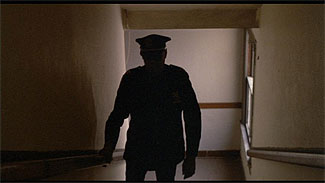 The title is self-explanatory, obviously, but the flick is yet another piece of subversive low-budget brilliance from writer Larry Cohen. With a cast to die for, including the great tough guy actor Tom Atkins, poor man's Kevin Kline Bruce Campbell, and original Shaft star Richard Roundtree. "You have the right to remain silent...forever." Incidentally, you can sing "Maniac Cop" in place of "Animal House" in the theme to the movie of the same name. Try it -- it's fun!