Weekend Cinema Listomania (Special I Shoulda Been a Contender Edition) 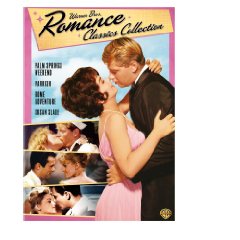 DVD Event of the Week: Is it Warner Brothers new version of the Peter Sellers Oscar winner Being There (a/k/a The George W. Bush Story)? Might the two-disc MGM reissue of director/star Barbra Streisand's transvestite epic Yentl make the cut? Or against all the odds, could Paramount's restored uncensored edition of the original 1980 Friday the 13th actually be The One?

All worthy, to be sure, and I'm probably gonna have something to say about Friday the 13th and slasher flicks in general next week, but for my money it's gotta be Warner Bros. Romance Classics Collection, a four disc set of these days rarely seen early 60s films showcasing the work of unjustly neglected director Delmer Daves and rather more justly neglected star Troy Donahue.

As you can see from that little trailer, Warner Bros. is marketing this for Valentine's Day -- based, apparently, on the nostalgic appeal of Donahue, who after the 1959 success of the iconic A Summer Place, was the sort of clean cut heartthrob alternative to Elvis for a couple of years. The three Daves films (he wrote and directed them) in the set (Norman Taurog's Palm Springs Weekend is a negligible comedy) are quite a bit more interesting than that sounds, however. All three -- Parrish (practically a valentine to the tobacco industry), Rome Adventure (with a luminous young Suzanne Pleshette), and Susan Slade (a Connie Stevens vehicle making its video debut here) -- are essentially romantic adolescent melodramas. But as sociological documents they capture the precise under the radar historical moment when the sexual revolution was just getting started (the theme of all three: Nice girls do it, too!) and they're fairly frank and realistic for their day, despite the high studio gloss. Daves had previously worked in all sorts of genres, and he was no stranger to message pictures -- his 1950 Broken Arrow was the first post-war Western sympathetic to Native American causes. But if his late career turn to Sirkian women's pictures (teen angst division) was motivated mostly by health reasons (he had a heart attack in 1958 and decided to limit himself to less strenuous, studio-based projects) he nonetheless invested all of them with becoming seriousness and the occasional pictorial flourish.

I don't want to oversell this stuff -- we are talking, after all, about four Troy Donahue films, and Donahue remains an actor of rather limited expressivity (face it: His best work is still a turn as Talia Shire's dissipated gigolo fiance in The Godfather II, a fairly cruel piece of typecasting by director Francis Coppola). Nonetheless, Warner Bros. Romance Classics Collection is a valuable time capsule, and the widescreen transfers of all four films are absolutely spectacular.

You can -- and probably should -- order the set here.

Unjustly Neglected Director or Star Whose Work Might Most Repay a Second Look/Re-Evaluation!!! 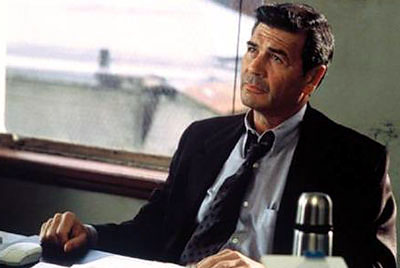 The absolutely wonderful tough guy actor, of course, who I've loved since his brief run in the early 70s TV detective show Banyon (a 30s LA period piece that beat out Chinatown by a couple of years). Actually, if Forster had done nothing besides star in Haskell Wexler's landmark of the 60s Medium Cool he would deserve screen immortality. Fortunately, Quentin Tarrantino cast him as the co-star of Jackie Brown (for which he got a deserved Oscar nomination in 1997) and he continues to work prolifically, if not yet as the household word he deserves to be.

4. Michael Reeves
Writer/director of the astoundingly assured 1968 British horror film Witchfinder General (American title: The Conqueror Worm), who died (at the tender age of 25) the next year, thus cutting short one of the most promising careers of 60s cinema. The film occasioned the following immortal exchange between the young director (who had wanted to cast Donald Pleasence) and his star Vincent Price (imposed on Reeves by the studio).
Price: "Young man, I have made eighty-four films. What have you done?"
Reeves: "I've made two good ones."

The definitive classy/funny British babe of the 50s, Kendall died absurdly young a year after a breakthrough American performance in Les Girls with Gene Kelly. The clip above is from her first big Brit hit, Genevieve, and I doubt there was ever a sexier trumpet player in cinema. Or anywhere else, for that matter.

An absolutely fascinating filmmaker who straddled the worlds of the avant-garde (he was buds with Kenneth Anger) and commercial Hollywood with aplomb. His best known film might be the 1963 Dennis Hopper sort-of-a-horror-movie Night Tide, but he also directed the excellent Hitchcockian shocker Games with James Caan and Simone Signoret and in the 80s did lots of episodic TV, including Dynasty, before shuffling off to the Heaven Cinemateque. His eeriest, however, has got to be Planet of Blood, another pre-Easy Rider Hopper cheapie, featuring Florence Marly as the most unsettling vampire ever seen on a drive-in movie screen. 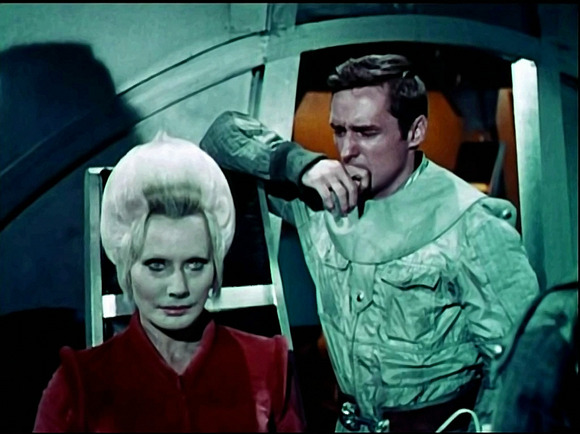 But the number one most memorable movie person deserving of far more respect from mere mortals than he or she is currently getting, there's no question about it so don't give me a hard time on this one you ungrateful whelp, obviously is -- 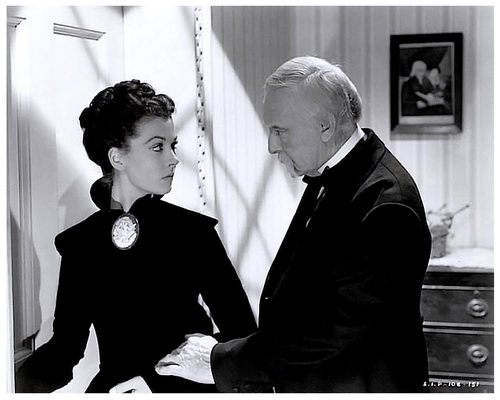 Davenport is perhaps best known as Dr. Meade in Gone With the Wind, and of course he was typecast as a crotchety old coot throughout a career that spanned over 160(!) pictures between 1914 and his death in 1949. He was in supporting roles in most of them, to be sure, but has anybody in Hollywood history been as consistently excellent in so many films? Frankly, I can't think of an actor who even comes close....

Awrighty now -- who would your choices be