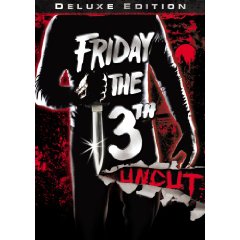 DVD Event of the Week: Is it the Criterion Collection's ace new versions of Luis Bunuel's 60s classics The Exterminating Angel and Simon of the Desert? Might we be talking about Disney's disc of Spike Lee's better than you might think revisionist WWII drama Miracle at St. Anna? Or hard as it might be to believe, could the honor possibly go to the Lionsgate disc of Oliver Stone's W (not a Sesame Street tie-in, incidentally)?

All worthy, to be sure, but (better late than never) I really need to say something about Paramount's deluxe restored edition of the wildly influential 1980 teen slasher flick Friday the 13th (and the similarly spruced-up discs of its first two followups, including Friday the 13th 3D) in honor of today's theatrical release of the probably ill-advised remake.

I should confess upfront that until this week, I had never actually seen the original (it's a generation gap thing, I guess) and -- given that I had seen several of the mostly appalling sequels, including the crossover with Nightmare on Elm Street -- I was not particularly looking forward to undergoing it. Still, I figured there must be something -- a random frisson, perhaps -- to recommend it. Imagine my surprise then when it turned out to be only slighter better than its completely inexcusable progeny.

Basically, it's a shameless ripoff of John Carpenter's Halloween, only minus that film's visual poetry, atmosphere of dread, appealing characters and overall creepy inventiveness. It's also shoddily made on every level, beginning with the crappy title graphics, and it deserves to be on anybody's list of Top Ten Completely Awful Films of All Time if only for the appalling musical score by Harry Manfredini, which suggests Bernard Hermann's Psycho music if it had been rearranged for analog synthesizers by Wesley Wilis. And in case you think I'm being too hard on it, I recommend a look at the bonus documentary included on the new disc, in which screenwriter Victor Miller all but boasts that the script was consciously designed to make the point that horny teens need to be murdered in gruesome ways. That last, of course, is what really appalls --this is, after all, the film that legitimized the Sex = Deserved Death genre, and the naked cynicism of the effort almost makes you despair of being human.

In any case, here's the original trailer, looking slightly the worse for wear compared to the version on the new DVD.

For those who care, then, I should mention that all three of the films have been scrupulously remastered in High Def, and that the first one features a running audio commentary by director Sean S. Cunningham, a couple of making-of docs, and the original theatrical trailer above. I should also add, in fairness, that the 3D effects (two pairs of glasses are included in the package) on the third installment are not totally headache inducing, although strictly as a film, it's perhaps the weakest of the trio. In any case, you can order all three here. If you must.

Least Necessary Sequel (Not Necessarily to a Genre Film)!!! 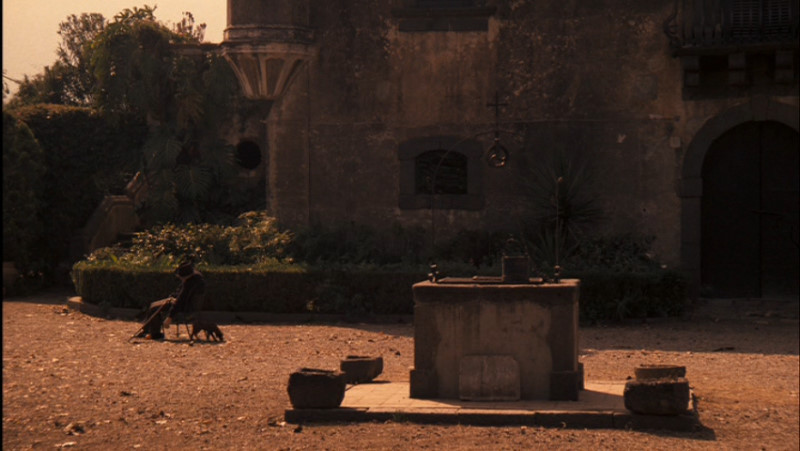 A story that already had previously reached perfect artistic closure given the most pointless third act in screen history, complete with a final scene that's almost insulting in its redundancy.

4. Rocky II (Sylvester Stallone, 1979)
Actually, this is less a sequel than an out and out remake. Apparently Stallone was irked that the studio didn't let him direct the original, so this was his revenge. Or something. 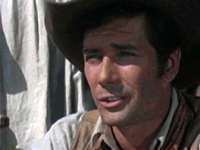 3. Return of the Seven (Burt Kennedy, 1966)
That's Seven as in The Magnificent Seven. Why anybody thought the defiantly bland Robert Fuller would make a reasonable replacement for Steve McQueen is beyond me. Oh well, at least they brought Elmer Bernstein back for the music.

2. The Sting II (Jeremy Kagan, 1983)
Jackie Gleason(!) and Mack Davis(!!) attempt to fill the shoes of Paul Newman and Robert Redford. Adding insult to injury, you're acutely aware that, as per the previous film, nothing is as it seems to be, so of course the central trick of the screenplay totally doesn't work.

And the most useless, pointless, and basically superfluous followup to a superior film, there's not really any point in arguing this one folks, obviously is --

1. Indiana Jones and the Temple of Doom (Stephen Spielberg, 1984)

Earth to Spielberg: Raiders of the Lost Ark worked because nobody had ever done a big budget version of a charming old period cliffhanger like Tim Tyler's Luck. Doing it again merely cheapened your original achievement. And don't even get me started on the next two in the series.