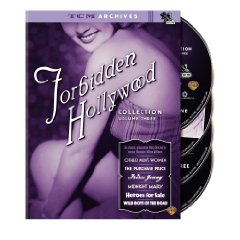 Video Event of the Week: Is it MGM's new Blu-ray edition of Sean Connery as 007 in Goldfinger? Could Disney's Blu-ray/DVD combo of Bolt, the animated superdog comedy starring John Travolta and that Hannah Montana kid possibly qualify? Or might Zeitgeist's carefully remastered version of Careful, the oddball Guy Maddin melodrama from 1992 that's filmed in the style of an early talkie, actually be the one?

All worthy, to be sure, and I'm gonna have more to say about that Bolt package next week, but for my money it's got to be the four-disc Forbidden Hollywood Collection: Volume Three, featuring six quite astonishing pre-Code '30s rarities directed by William Wellman, from Warner Home Video. 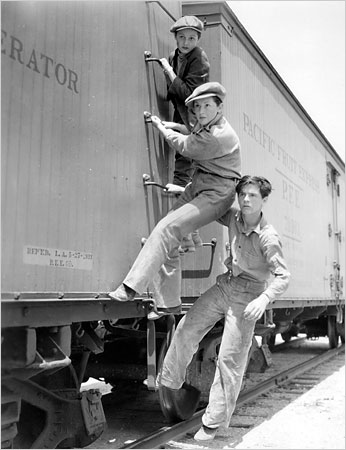 Where to begin with this one? Well, with the films themselves, all of which are startlingly frank and deal in some way with the grim realities facing ordinary working stiffs in America during an economic upheaval. Other Men's Women (from 1931), is a racy love triangle (with Mary Astor -- woo hoo!) with a railroading backdrop. The Purchase Price (1932) has tough cookie Barbara Stanwyck fleeing her small-time gangster boyfriend to wind up as a mail order bride until her past catches up. (It has also has a character punch the camera, a move that everybody thought was a big deal when Sam Fuller did it decades later). Midnight Mary (1933), made at MGM but totally in the grittier Warner Bros. style, features Loretta Young (hubba and hubba) as yet another gangster's girl, in this case falling for a young lawyer while hooking in a brothel. And Heroes For Sale (1933), stars Richard Barthelmess in the relentlessly harrowing story of a WWI vet who comes back to the States hopelessly addicted to morphine (which turns out to be the least of his problems).

All of those are worthy, but the remaining two are the real stunners. Wild Boys of the Road (1933) is about two middle clas kids who don't want to burden their suddenly impoverished parents and hop the freights looking for work, with often horrific and tragic consequences (there's an attempted rape which is hardly the most disturbing thing in the piece); it's like a more realistic and really despairing Dead End Kids flick. Frisco Jenny (1932) is almost as remarkable, starring the unjustly forgotten Ruth Chatterton as a girl "too beautiful to be good," if you know what I mean. Knocked up by a man killed in the 1906 San Francisco earthquake, she winds up years later as the town's number one madame. Eventually, a crusading DA decides to go after her -- not realizing of course that he's actually the son she abandoned at birth. Jenny winds up murdering a blackmailer to keep the secret, and in the end she's sent to be the gas chamber by her own flesh and blood.

Here's the trailer (included with the set) to give you an idea of just bizarre and over the top all this plays out.

All six of the films have been digitally restored to a fare-thee-well and look all but pristine. The set also has the proverbial plethora of bonuses, including some interesting contemporary Warner cartoons, two live action detective shorts, and the original trailer for each of the films, and the fourth disc is devoted to two excellent documentaries on director Wellman's long and prolific career. The first -- Wild Bill: Hollywood Maverick (1995) was exec produced by his son and is narrated by Alec Baldwin; it's a warts-and-all look at an untidy but but wildly creative life (1896-1975). The second -- The Men Who Made the Movies: William Wellman -- was originally part of a Richard Schickel 1973 PBS miniseries; updated in 2007, it's mostly fashioned around interviews with Wellman Schickel did for the original show, and it's absolutely fascinating. 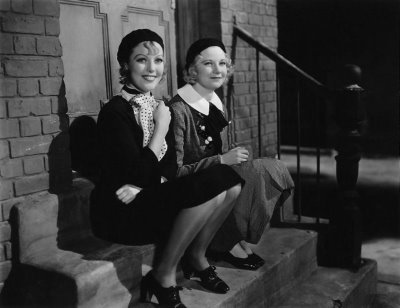 In any case, the set is an absolute must for anybody with even a glancing interest in American film history; you can -- and emphatically should -- order it here.

Most Memorable American Film With a Blue-Collar Milieu 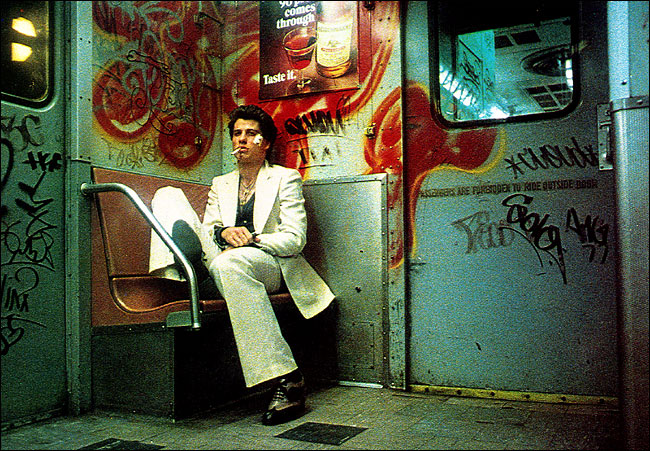 Yeah, it's superficially about dancing, but it's also about blue collar Brooklyn as almost a state of mind. Seriously -- as far as Travolta and the rest of his disco pals are concerned, the Manhattan they glimpse across the river might as well be as far away and inaccessible as Shangri-La;

4. Light of Day (Paul Shrader, 1987)
Michael J. Fox and Joan Jett perform in a heartland (Ohio) bar band when they're not dealing with their emotionally demanding mom Gena Rowlands. Surprisingly from the gut for such a notoriously ascetic director, and both the musical and cultural stuff rings far truer than you might expect. 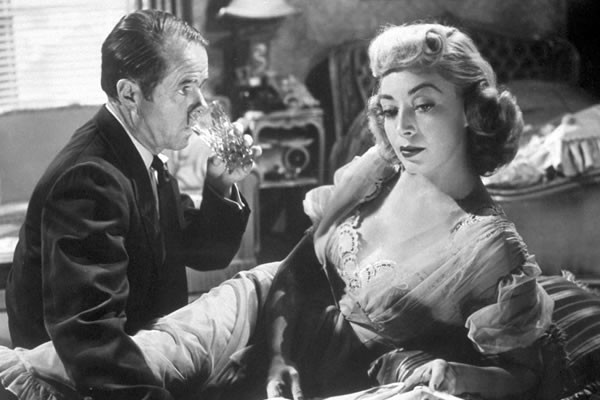 Small-time crooks stage a heist that, unsurprisingly, doesn't turn out exactly as planned. The grim working class ambience Kubrick evokes here is practically a co-star; if there was ever a movie that reeked of Schlitz and cigarettes, this is it.

2. On the Waterfront (Elia Kazan, 1954)
A blindingly obvious choice, I know, but frankly I don't see any way to avoid it. I lived in Hoboken for a couple of years in the 80s, and apart from the influx of hepsters and artists fleeing the city, it wasn't all that different from the way Kazan found it back in the day. Don't know about the mob influence, of course. 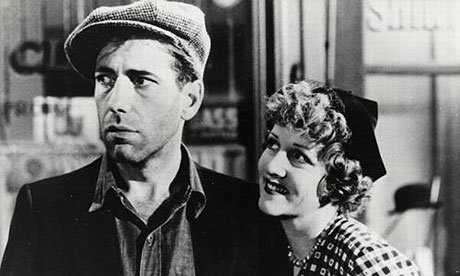 Detroit factory worker Humphrey Bogart loses a promotion to one of those pesky foreign types and figures joining a KKK spin-off will at least get him a cool hooded robe. One of my all time favorite Warner Bros. ripped from the headlines thrillers of the period; the titular Legion was an actual Klan group that was involved in a series of killings in the Ohio and Michigan areas at the time.