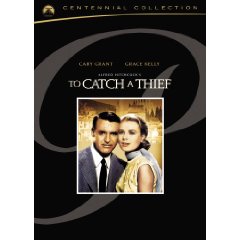 Video Event of the Week: Is it Lionsgate's reissue of Johnny Handsome, the overlooked 1989 Walter Hill thriller starring the then still boyish Mickey Rourke? Perchance might Disney's it's-a-dog-eat-dogfood-world comedy Beverly Hills Chihuahua make the cut? Or might Image Entertainment's new version of In the Electric Mist, the Tommy Lee Jones arthouse hit directed by Bertrand Tavernier, actually cop the title?

All worthy, to be sure, but for my money, it's got to be Paramount's gorgeous high-def remastered two-disc version of Alfred Hitchock's peerless Riviera cocktail To Catch a Thief.

TCAT is, I suppose, a trifle by Hitchcock standards, but when all is said and done it's perhaps the most purely entertaining of his great run of 50s films, if for no other reason than the chemistry between the ridiculously gorgeous Grace Kelly and Cary Grant (as spoiled heiress and retired cat burglar, respectively). Here's an excerpt, including the big seduction scene. Fireworks as a sexual metaphor? Real subtle, Alfred, but you get away with it.

This new high-def version is hands down the best looking I've ever seen, which is especially nice given Hitch's exquisite use of the French locations (cinematographer Robert Burks copped an Oscar for his trouble) and the remastered 2.0 surround sound mix is something of a revelation as well; it's a cliché I know, but the whole thing might have been shot and recorded yesterday. Paramount's new package, part of their on-going Centennial Collection, is one of the best of the series so far. Disc one has an interesting running commentary by Hitchcock scholar Drew Casper, while disc two has a plethora(!) of interesting bonuses, including a short detailing Hitchcock's jockeying with the censors, a couple of making-of docs, the original trailer, and a nice appreciation of the film's legendary costume designer, Edith Head.

Bottom line: An exemplary presentation of an utterly charming film -- you can (and should) pre-order it here. 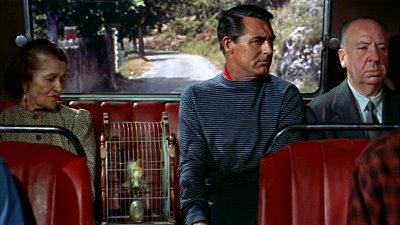 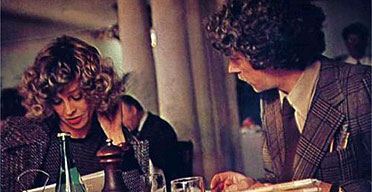 Donald Sutherland and Julie Christie as an old married couple who haven't yet learned that they're not supposed to have sex. It's been years since I first saw the film and I still haven't forgiven director Roeg for the (seems like) half an hour bedroom scene between the two stars. The message of which was quite clear -- no matter what I do, I'll never get to sleep with Julie Christie. Thanks, Nick.

4. The Year of Living Dangerously (Peter Weir, 1982)
Humidity, Marxist revolution and Sigourney Weaver and Mel Gibson making eye contact in the thick of it. As today's kids say -- woo hoo!!! 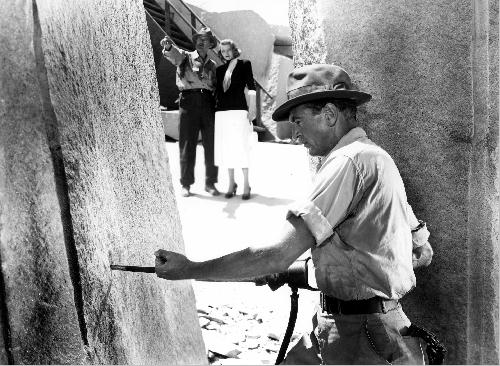 As you can see, the first time Patricia Neal lays eyes on Gary Cooper, there's no sexual subtext whatsoever. Heh heh. Incidentally, the barely out of her teens Neal and the much older, very married Cooper were having a mad affair when this was filmed. It shows, I think.

2. The Big Easy (Jim McBride, 1987)
Repressed D.A. Ellen Barkin: "That's OK. I never did have much luck with sex anyway."
Hunky Cop Dennis Quaid: "Your luck's about to change, cher."

And the steamiest movie star heat, give me any crap about this and I'll withold my love (if you catch my drift), is definitely ....

1. Lady and the Tramp (Clyde Geronimi and Wilfred Jackson, 1955) 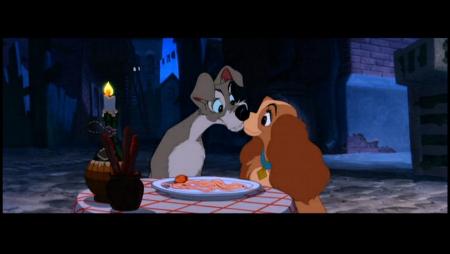 I know, I know, she was a bitch. But if there's ever been a more imaginative love scene than the whole spaghetti eating thing, I for one haven't seen it.