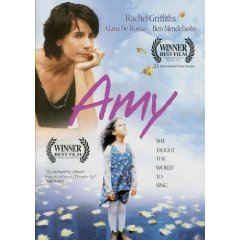 So the other day, despite what those who know me best will agree is a rich inner life, I nonetheless found myself idly speculating on what I suppose would have to be considered a Trivia Question. To wit: What is the biggest I Don't Think So film of recent years?

And to my surprise, the answer that immediately came to mind was the 1998 Australian weepie Amy. A flick that more or less redefines the words "yeah, right."

Adventureland -- Smart and funny/touching 80s coming of age movie with a great soundtrack. Co-star Kristen Stewart -- fresh from the irksomeness that was Twilight -- not only transcends her Manic Pixie Dream Girl genre character but is in fact so adorable it hurts.

State of Play -- Ludicrously improbable and cliched melange of The Front Page and The Parallax View with a surprise ending that barely rises to the level of perfunctory. That said, any movie whose central premise is that Blackwater is the locus of evil in the modern world is by definition a good one.

Hannah Montana: The Movie -- Kal-El, last survivor of the planet Krypton, gives a perky teenage girl a blonde wig that makes everybody think she's somebody else. Hugely implausible sci-fi fantasy, but the soundtrack by a Disney computer has a lot of pep.

But I was speaking of Amy, starring the immensely apealing Rachel Griffiths, a terrific actress whose participation in the project I have long since ceased to hold against her.

Tanya (Griffiths) is a single mom whose eight-year-old, the titular Amy (Alana De Roma), is both deaf and mute. When we first encounter them they're hidden away on a farm in the Australian outback. Forced to flee unfeeling Child Welfare agents who want to take Amy from her mom, the pair make their way to a seedy working class Melbourne neighborhood populated in equal measure by drunken brutes, sensitive kids and crotchety old ladies who conceal hearts of gold. Not long after their arrival, a neighbor, aspiring songwriter Robert, discovers that Amy's not actually physically handicapped; amazingly enough, all you have to do is sing to her and she'll return the favor! Several unbearably cutesy sing-along scenes later we finally discover Amy's deep dark secret: Some years earlier, she saw her rock star father electrocuted and burned to death during on an on-stage thunderstorm.

Let me repeat: She saw her rock star father electrocuted and burned to death during an on-stage thunderstorm.

Reviewing the film back in the day, I actually described that last as "a dramatic conceit that's no more improbable, say, than finding out that your highly respected psychiatrist is actually a transvestite serial killer," but obviously, I was drunk at the time. Anyway -- here's a clip to give you a hint of just how terminally cutesy the film really is.

In my defense, however, I should add that I also allowed that "your ability to overlook the film's myriad contrivances will ultimately depend on how you react to little De Roma...who bears an uncomfortable resemblance to Hallie Kate Eisenberg, the satanically precocious kid from those millennial Pepsi commercials"... 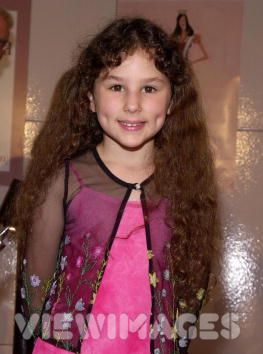 ...and that I stand by that judgement.

In any case, if you're curious about the thoroughgoing mishegass that is Amy, including the big rock star electrocution scene (yes, director Nadia Tass actually staged it), you can order a copy of it here.