In Space, No One Can Hear You Sing 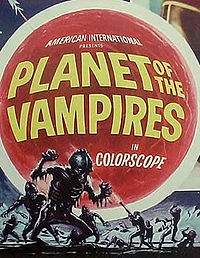 Ever wonder why you pay the big bucks to live in New York City? Well, here's a good reason -- right now, there's nowhere else where you can go see a production of an obscure 1641 music theater piece by Francesco Cavalli crossed with one of the greatest low-budget sci-fi flicks ever made, Mario Bava's Planet of the Vampires.

When it comes to striking sparks from crashing art forms and time zones, nobody beats the Wooster Group at the top of its game. The mind-bending pyrotechnics -- visual, aural, and intellectual -- never stop in La Didone, a work that crosses a little known 17th century opera (about Dido and Aeneas) with a little known 1965 movie (about extraterrestrial bodysnatchers)...This means that when the show begins, we learn simultaneously of Aeneas' arrival in Carthage by tempest-tossed seas (described in song by the vengeful goddess Juno) and the crash landing on the planet Aura by spaceships (with images from Mr. Bava's movie on monitors)...

You can read the rest of it here.

I don't know about the opera, but Planet of the Vampires the movie is light years beyond remarkable; shot on a budget that wouldn't have covered the catering for an episode of Dancing With the Stars, it manages to be creepy, atmospheric and surprisingly spectacular. Ridley Scott cribbed large sections of it -- especially the stuff about the spooky crashed space ship and the petrified remains of its giant captain -- for the original Alien: here's a relevant scene (from the Italian version -- that's not star Barry Sullivan's voice, obviously) to give you an idea what I'm talking about.

In any case, if you're going to be in the vicinity of Brooklyn any time soon, the Wooster Group production of La Didone is running through April 26; call 718-254-8779 for ticket information. 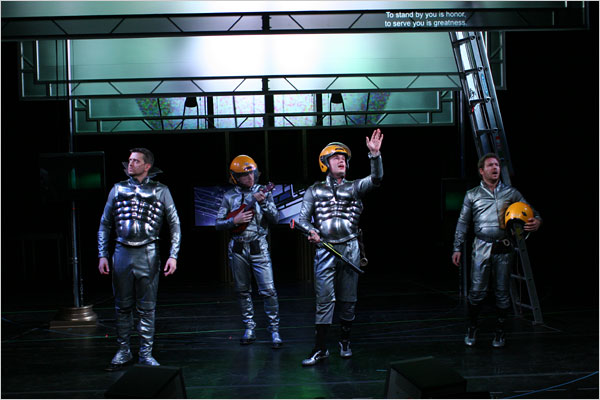 I should also add that there's an absolutely breathtaking looking widescreen DVD of the English language POTV -- you can, and absolutely positively should, order it here as soon as possible.