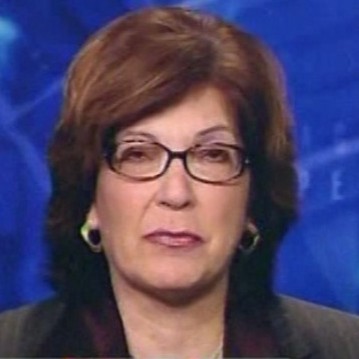 I've had a crush on Steafel -- and isn't she just the cutest thing in that mid-60s Mod Dolly Bird kind of way? -- since I saw the film (through a thick cannabis cloud) at a movie marathon in college. And the first time I saw Starr on cable news back in the 90s, I was convinced against all reason that she was either Steafel's sister, Steafel all grown up, or else her illegitimate daughter. None of that is true, of course, and Steafel is still active in British TV in her 70s.

In any case, here's the clip of her appearance in the opening sequence of FMYTE.....she shows up after the first three minutes or so as a perky girl journalist.

Incidentally, if you've never seen the flick, it's one of the most genuinely imaginative and creepy 60s sci-fi thrillers of them all; it's currently out of print, but you can -- and most definitely should -- order a gorgeous looking widescreen DVD version here if you've got a little disposable income. If not, sit back and await the remake long rumored to be forthcoming from Australian director Alex Proyas, currently riding high with the wildly incoherent Nicolas Cage hit Knowing.