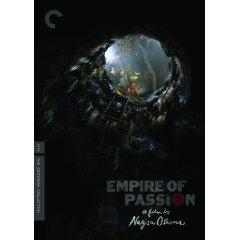 Video Event of the Week: Is it Sony's stunning new director's cut of Peter Bogdanovich's Nickelodeon, now in glorious black-and-white as nature intended? Could Fox's version of the Biggie Smalls biopic Notorious possibly get the nod? Or against all the odds, could Shout! Factory's Rhoda: Season 1, with all 25 episodes from Anno Uno of the definitive 70s sit-com by some chance be The One?

All worthy, to be sure, and I plan to have much more to say about the new Nickelodeon if I can con Sony into sending me a copy, but for my money it's got to be the superb new Criterion Collection version of Nagisa Oshima's nightmarish and poetic 1978 Japanese ghost story Empire of Passion

Empire was Oshima's followup to his X-rated international hit In the Realm of the Senses, but (like it's less successful PG-13 sequel In the Realm of the Senses Goes to Monte Carlo -- I kid, I kid!) it's not a hardcore sex film, a fact (as we learn in the excellent accompanying booklet essay by historian Tony Rayns) that upset its French producer Anatole Dauman no end. Like its predecessor, it is about sex and murder, but it's simultaneously more austere (no graphic couplings) and likeable (well, at the least some of the characters are). The plot is fairly simple. In 19th century Japan, the lovely Seki is married to Gisaburo, a rickshaw driver who is also an abusive creep. Seki takes a lover, clandestinely, and between his obsessive jealousy and hubby's abuse, the idea begins to take hold that they will murder him, which they do, ultimately throwing him down a well for good measure. After a few years, of course, local townspeople begin to find Seki's excuse that hubby is merely away on business unconvincing, and after a period of calm , Gisaburo's ghost begins to appear both in person and in people's dreams, and the whole thing ends about as badly as you could imagine.

Ishima stages all this in an almost classically restrained style, and visually it's breathtaking -- from the opening shot of Gisaburo pulling his rickshaw framed against an azure sky, you know you're in the presence of a genuine pictorial master. And while the whole thing plays more or less as a horror film, it's also rather drily funny; when Gisaburo's ghost finally appears, he's less of an avenging spirit than a cranky old bourgeois who just wants his creature comforts again.

Here's a trailer to give you an idea (as you'll see, the characters are speaking Japanese, the ad copy is in French, and I haven't a clue what language the sub-titles are in).

Criterion's Empire package begins with an absolutely stunning new widescreen transfer; you have the option of viewing it with excellent newly translated English titles or in a a surprisingly good dubbed version. Other bonuses include a couple of video interviews with people involved in the production, including a new one with the actors who play the haunted lovers, and there's a way interesting interview with Oshima himself in the aforementioned booklet.

Bottom line: An exemplary presentation of an unsettling and unforgettable film -- you can (and should) pre-order it here. 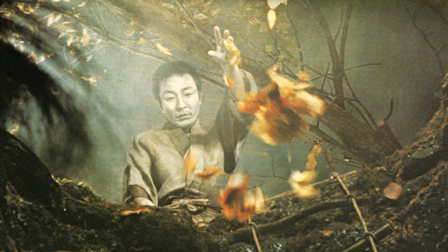 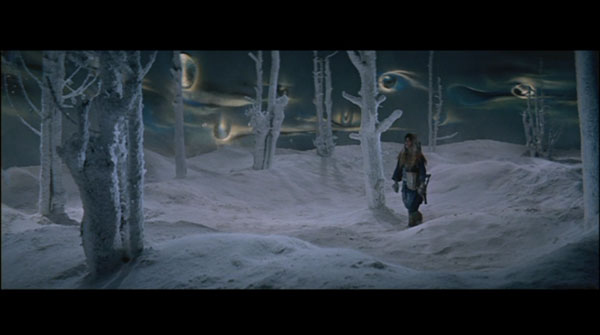 A genuinely haunting, for want of a better word, anthology sort-of horror flick based on the ghost stories of quirky emigre writer Lafcadio Hearn, with a particularly brilliant widescreen use of color and atmosphere. See it once and you'll never forget it.

4. The Innocents (Jack Clayton, 1961)
Note perfect version of Henry James The Turn of the Screw, with Deborah Kerr as the governess who's either encountering malignant spirits or else just some kind of weirdly repressed nutcase. Truman Capote contributed to the screenplay, which explains the film's rather interesting overlay of Southern Gothic. 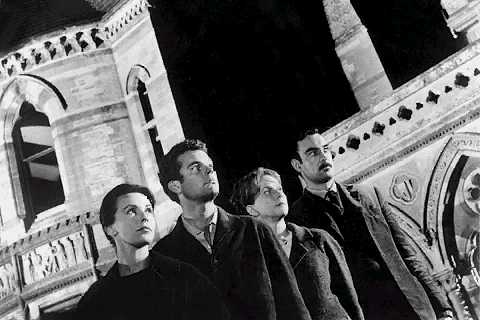 Hands down, the scariest haunted house/psychological/power of suggestion horror film ever made, and the opening scenes of the decaying mansion are a huge unacknowledged visual influence on George Romero's original Night of the Living Dead.

2. Stir of Echoes (David Koepp, 1999)
Genuinely eerie blue-collar spook stuff, with Kevin Bacon particularly good as a family guy who wasn't really planning to take a walk around the Astral Plane. Based on yet another superior horror tale by Twilight Zone scribe Richard Matheson.

And the most splendidly spectral apparition ever caught on celluloid pretty obviously is... 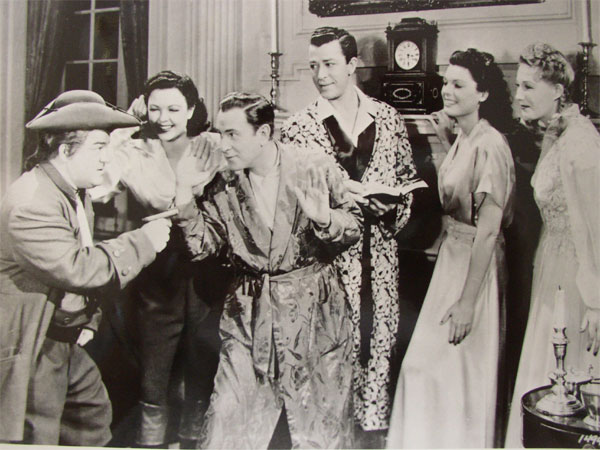 The Abbott and Costello film for people who hate Abbott and Costello, but much better than that sounds. Lou and the adorable Marjorie Reynolds are Revolutionary War ghosts cursed to roam the estate where they were wrongly accused of treason; Bud and a fabulous cast (including the incomparable Gale Sondegaard) are the contemporary folks who get haunted before they agree to help uncover the spook-freeing truth. One of the most charming comedies of the 40s, IMHO, with one of the great film-ending jokes as its payoff.

Tags: Peter Bogdanovich, Nickelodeon, Biggie Smalls, Nagisa Oshima, Empire of Passion, In the Realm of the Senses, Kwaidan, The Innocents, The Haunting, Stir of Echoes, The Time of Their Lives
Print