Short People Got No Reason to Live (Part II) 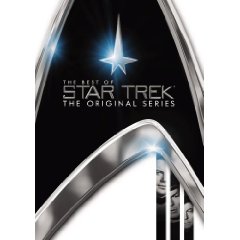 Well, in the wake of all the good will generated by the massive critical and commercial success of the new Star Trek film, it seems that certain ineluctable and immutable truths are nonetheless being overlooked. Most recently enummerated by Nick Tosches (in Unsung Heroes of Rock 'n' Roll), who rightly attributed them to the Sages of Hellas, they are...

1) Everything flows, nothing abides.

2) All things may be reduced to moisture, whence they came.

...and lastly, and most relevant to our discussion...

3) At any given moment, somewhere, the great sci-fi writer Harlan Ellison is saying something snarky about Star Trek .

Of course, I had no idea just how bad things had gotten between Ellison and the Trek establishment, until I stumbled across this press release today.

Harlan Ellison, multiple award-winning writer of the famed teleplay for the original Star Trek episode, "City on the Edge of Forever," sued Paramount on March 13, 2009 for failing to account to, or pay, Mr. Ellison for the merchandising, publishing, or any other exploitations, of the famous teleplay, from inception to date. The suit also names the Writers Guild of America and alleges the WGA failed to act on Ellison's behalf after numerous requests.

Ellison's "City on the Edge of Forever" (the memorable episode starring Joan Collins as salvation sister Edith Keeler, the woman Kirk loved and watched die; remember?) continues, 35 years after its original NBC airing, to receive critical accolades, and has become legendary as one of the all-time money-making commercial favorites. It won the coveted Writers Guild award for year's best teleplay; it won the Hugo award of the World Science Fiction Convention; and it was ranked as one of the 100 Greatest Television Episodes of All Time by TV Guide in 1997. Mr. Ellison's attorney, John H. Carmichael, points out that the 1960 collective bargaining agreement between the WGA and the Producers, as amended in 1966, assures to the writers of individual teleplays "a piece of the pie"...

You can read the rest of it, including lots of characteristically amusing Ellison ranting, here. 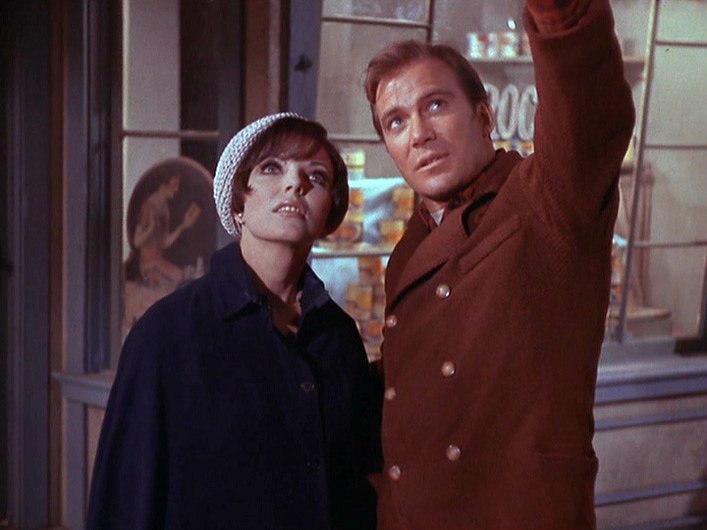 The episode in question, as you mave have guessed, turned up last week in one of the new Trek videos Paramount is hawking as part of their whole movie tie-in (here's what we had to say at the time) and obviously it's as good as everybody involved claims. Frankly, it's not only one of the high points of the original Trek, it's one of the most memorable dramas in series TV history period.

Ellison, of course, has been nursing all sorts of grudges about his involvement with Trek in general and the episode in particular for years; in the 90s he wrote a book about it including the original teleplay and a great deal of score settling and bad-mouthing of Trek creator Gene Roddenberry.

Actually, the last time I talked about the famously prickly Ellison in these pages was back in June of last year, the occasion being the theatrical release of Dreams With Sharp Teeth, director Erik Nelson's fascinating documentary about the guy's life and work.

As it turns out, the film's about to be released on DVD, so here's the trailer for a little taste. The ironies abound, obviously.

In the aforementioned piece, I mentioned that as far as I knew everybody in the world has an amusing Harlan Ellison story and as it turns out, so do I. I will say again then, and for the record, that Harlan almost got me canned from a really cool job back in the day and that an 80s video release of another classic TV show he wrote ("Demon With a Glass Hand," from The Outer Limits) had something to do with it. Ask me really nice about it or buy me a beer and someday I may tell it to you.

In the meantime, you can -- and definitely should -- pre-order Dreams With Sharp Teeth over at Amazon here. While you're there, you can find the link for the new DVD of "City on the Edge of Forever," which of course behooves beholding as well.