Great Lost Movies of the '70s (An Occasional Series) 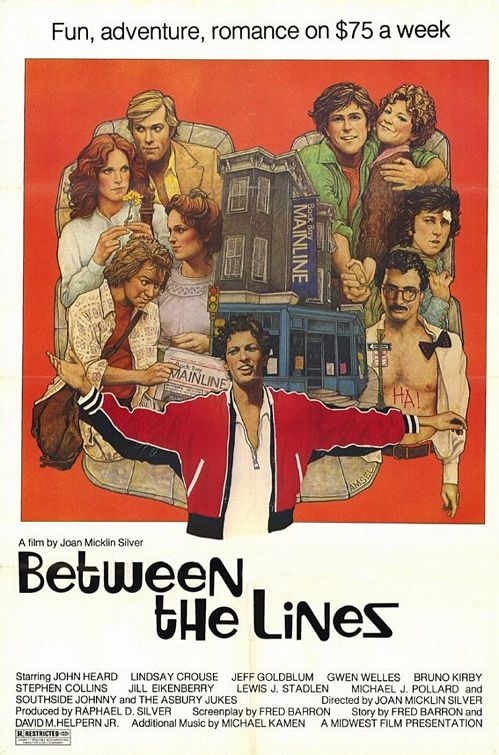 Seriously, this is a fabulously entertaining flick and it's baffling that it isn't better known. In the mega sense, it's the story of a struggling "underground" Boston weekly newspaper and the romantic entaglements of the various idealists and cynics who work there. Not surprisingly, it's also about the death of the 60s counter-culture (which is actually a sort of running gag, as you'll see), but it's also a terrific almost screwball comedy and as sharply observed a time capsule of a certain liberal intellectual milieu on the cusp of the Reagan Era to come as you're ever likely to see.

And dig the cast (all frighteningly young at the time) -- John Heard, Stephen Collins, Lindsay Crouse, a pre-LA Law Jill Eikenberry (as the cutest hippie receptionist ever), Michael J, Pollard, Joe Morton, a pre-Taxi Marilu Henner (as a stripper -- she's briefly topless, kids!), the late great Bruno Kirby (as a dweeb who turns out to be the only real journalist in the bunch), the late great Lane Smith (as a Rupert Murdoch-esque presslord/scumbag who takes over the paper), Jeff Goldblum (as a perpetually stoned and broke rock critic), and Southside Johnny and the Asbury Jukes (playing Sam Cooke's "Having a Party" onstage).

Here's a fairly representative clip to give you an idea of the ensemble feel of the thing.

Goldblum's my favorite character, for obvious reasons, and the film is worth seeing if for no other reason than the hilarious scene where he's giving a lecture/speedfreak rap on rock journalism to a group of B.U. coeds he's also hitting on. ("Everybody says rock-and-roll is here to stay, but they don't say where. Certainly not at my house -- I don't have the room!")

In any case, there's no DVD of the film anywhere that I can find, and if it was ever on VHS, Amazon hasn't got a used copy. I'm not overstating when I say this is a minor cultural tragedy; if it ever shows up on cable, program your DVR and pounce.