Great Z-Movies of the Decade (An Occasional Series) 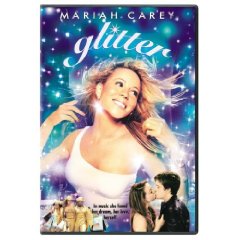 So the other day I'm sitting in the darkened vastness of my local Hell Octaplex when the preview for the forthcoming (in November) and awkwardly monikered Precious: Based on the Novel Push by Sapphire appeared on the screen. I had two immediate visceral reactions -- 1) This film looks even less appealing, if that is possible, than that thing with Abigail Breslin and the bald chick with leukemia, and 2) The actress playing the minor role of a social worker looks oddly familiar.

Then the credits came up and I realized it was Mariah Carey. And I immediately flashed to another occasion in the very same Hell Octaplex when I had another couple of equally visceral reactions.

I refer, of course, to that magical moment in 2001 when I witnessed the singer/actress in Glitter, AKA Somebody Killed Her Career.

Ah, good times, at least for the ten or twelve people (in the Tri-State Metropolitan Area alone!) who actually bothered to see it. For the rest of us, here's the trailer for a little taste.

From my review at the time:

Contrary to what you may have heard, this monumentally ill-conceived vehicle for pop diva Mariah Carey's screen debut is not the worst lonely-at-the-top, inside-showbiz soap opera in film history. And therein lies the problem; instead of a camp trash wallow, à la VALLEY OF THE DOLLS or the Barbra Streisand version of A STAR IS BORN, it's a butt-numbing exercise in tedium, sporadically redeemed by moments of unintentional hilarity

Strong and unminced words, I think you'll agree, and I stand by every one of them. In the meantime, astonishingly, you can still -- and absolutely should, immediately -- order a DVD of this total mishegass here.

Tags: Precious: Based on the Novel Push by Sapphire, Abigail Breslin, Mariah Carey, Glitter, VALLEY OF THE DOLLS
Print