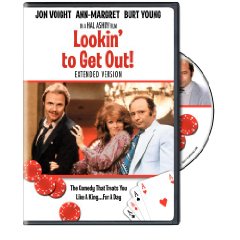 Video Event of the Week: Is it Sony's new Blu-ray restoration of Stanley Kubrick's Cold War black comedy Dr. Strangelove? Could the Criterion Collection's version of Louis Malle's neurotic talkfest My Dinner With Andre possibly make the cut? Or against all reason and standards of decency, could MGM's DVD of Steve Martin attempting (and failing) to channel the spirit of Peter Sellers in The Pink Panther 2 conceivably be The One?

All worthy, to be sure (well, not that last), but for my money, it's got to be the rediscovered and restored original director's cut of Hal Ashby's 1982 Lookin' to Get Out, starring Jon Voight, Ann-Margaret, Burt Young, and Voight's then seven-year-old daughter Angelina Jolie in her first film role.

If you've never heard of this one, it's not particularly a surprise. Ashby was battling personal demons after his 70s successes with Coming Home and Shampoo, and by the time he started working on this Las Vegas caper film (co-written by Voight, incidentally), he was hanging out with the Rolling Stones, something that in 1981 would definitely be hazardous to your health. His behavior was growing increasingly erratic and he had notorious scuffles with the studio (Lorimar); eventually, they took the film out of his hands and recut it. The result, by all accounts something of a mess, limped in and out of theaters more or less before anybody noticed.

Voight still believed in the film, however, and years later, while speaking at the University of Southern California, he discovered that the version of it that had been shown to the students wasn't the theatrical flop but rather Ashby's original cut (which had been presumed lost). Voight, then otherwise engaged in ranting against the Obama administration and playing a rightwing lunatic on the most recent season of 24, somehow found the time to interest Warner Bros. in the rediscovered version of his collaboration with Ashby, and voila -- this new DVD, which has been visually and sonically refurbished to within an inch of its life. 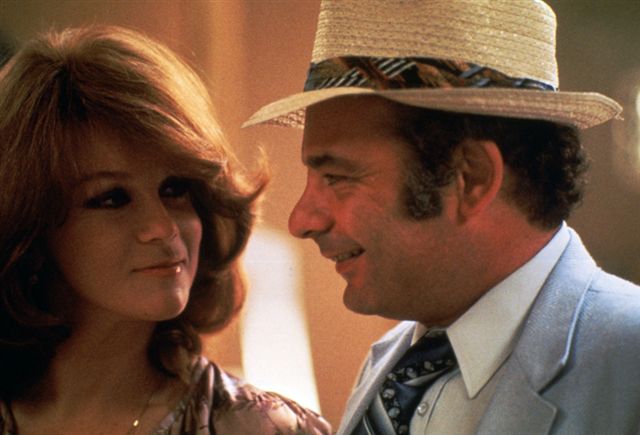 I don't want to oversell this; it's not a major work on the order of the aforementioned Shampoo or Ashby's still remarkable Being There, and although I have no doubt that the new version plays better than the theatrical cut (which I confess I've never seen) Lookin' to Get Out still feels a bit out of time; it's a very personal echt 70s sort of shaggy dog story washed up on the shores of a decade that had other priorities. That said, it's often very funny, and the cast is great, particularly the perennially underappreciated Ann Margaret, who's about as radiant as it gets here.

The new DVD comes with a new interview with Voight and co-writer Al Schwartz, which lays out the film's troubled history in rather amusing detail, as well as the original theatrical trailer.

Bottom line: You can -- and on balance, should -- pre-order it here.

And now, because things are going to be relatively quiet around here until Monday, here's a fun and obviously relevant project for us all to contemplate --

Best or Worst Re-Release Rethink of a Movie, Classic or Otherwise!!!!

Coppola's 2001 restoration, with 49 minutes of previously deleted stuff, including an absolutely brilliant sequence on a French plantation that may or may not be inhabited by spirits of the dead. A masterpiece rendered even more masterful.

The Citizen Kane of body-switching alien slug movies. Seriously -- this is a vastly entertaining little sci-fi thriller, with terrific performances and a witty script, and at 96 minutes, a gratifyingly taut piece of work. But for some reason, when it was released on VHS in 1990, somebody thought it would be a neat idea to pad it out with almost two hours of extra footage.

The 1998 reissue, re-edited according to Welles wishes as expressed in a long and famous memo he wrote to Universal back in the day. In a word: Wow.

The 1991 restoration has 14 minutes of new footage, including (best of all) a major league gay scene between Lawrence Olivier and Tony Curtis; the soundtrack was lost, somehow, so Olivier's voice is dubbed by Anthony Hopkins, who did a wicked impression of Sir Larry in his student days.

And the numero uno revisionist take on a film or flick, please don't give me any grief on this one, quite obviously has to be -- 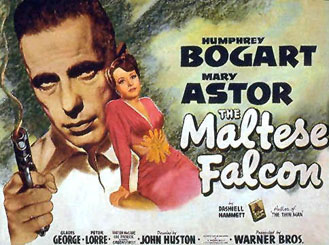 When this crime against nature was released on tape, Ted Turner famously responded to howls of outrage from cineastes and sane people by repying "Last time I looked, they're my movies," a statement that pretty much defines Philistinism. Ted and TCM have done yeoman work on film restoration since then, so I've obviously forgiven him. But really -- the colorized Falcon was appalling, and believe me, it didn't look anything like that poster. Bogart's hair was a bilious shade of green, for starters.