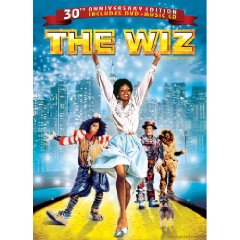 The things I do for our readers.

Seriously, if truth be told, I've been putting off (well, actually dreading, but putting off as well) writing about Michael Jackson since his death last week, for a couple of reasons.

To begin with, I think it's fair to say that mega-star that MJ was, his connection to the art or commerce of movies was fairly tenuous. With the exception of that Francis Coppola 3D short they ran at Epcot Center up through '94, Michael's film career was pretty much over after his childhood turn in Sidney Lumet's dreadfully ill-conceived version of The Wiz in 1978. (More recently, there was a brief cameo in Men In Black II, which in retrospect is even creepier than it seemed at the time.)

For another thing, I will confess to a certain revulsion at the humongous media circus Jackson's death has (granted, unsurprisingly) occasioned, a carnival of fatuous crap bounded on the one side by rightwing Culture War gasbags like James Howard Kunstler, a soulless cynical creep whose too gleeful fixation on the seamy details of Jackson's third act is more than a little self-revealing of his own bigoted pathologies, and on the other by lefties like Al Sharpton (who should know better) who have essentially told us that the genuinely disturbing details of Jackson's public life since the Thriller breakthough are nothing more than an inconvenient bad dream which it would be somehow in poor taste to bring up, nothing to see here so just move on.

In any case, it's occurred to me that both of my rationales for not writing about The King of Pop's passing (I should note, incidentally, that nobody ever really believed that he deserved the title; it was, in fact, for all intents literally shoved down the throat of a shamefully compliant entertainment press desperate for access) are essentially dodges, and pretty pathetic ones at that. The fact is that all of us -- you, me, everybody -- inhabit the same vapid celebrity culture that Michael dominated so completely in the last week, and in that context, in a very real sense, the poor SOB can be said to have died for our sins. Frankly, you can think of him as Princess Diana with better dance moves.

That said, I was browsing Newsweek's coverage of the Jackson story, in particular an essay by critic David Gates that I think is among the most levelheaded and sensible things of its kind since the circus came to town. And so I'll leave you with two impressions I came away from it with, impressions which might be worth sharing despite the reservations I already expressed.

The first is that anybody who doesn't think that Jackson was quite astoundingly, perhaps even supernaturally, talented is somebody who has probably never sat down between a pair of headphones and listened to the miracle that is the Jackson 5's "I Want You Back." If Michael had never achieved anything else in his life, that record alone would be more than enough to justify his time on earth.

The second is that anybody who can ponder the chasm that separates these photos... 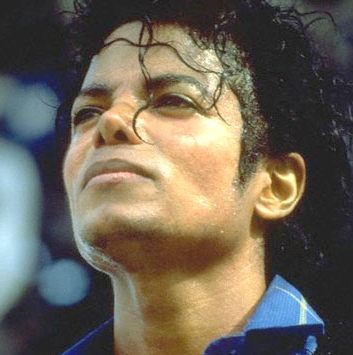 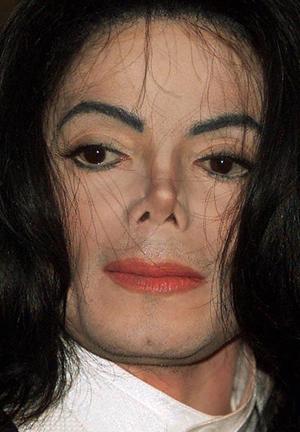 -- which is to say, the gulf between a supremely vital and charismatic man and a freakish character (The Singing Skull?) out of a bad comic book, someone who inflicted the most drastic mutilations upon himself out of an apparent boundless loathing of his very essence (and most horrifyingly, without a soul around to beg him not to) --

...without coming to the conclusion that on the most basic level, Michael Jackson was as deeply and tragically damaged a human being as has walked the earth in recent memory is, at the very least, somebody who really hasn't been paying enough attention.