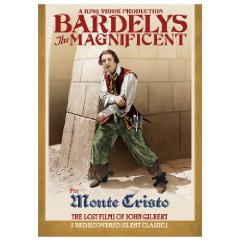 Video Event of the Week: Is it Universal's hernia-inducing Blu-ray and DVD box sets of Battlestar Galactica: The Complete Series? Might Kino's Harvard Beats Yale 29-29, the vastly amusing documentary on the 1968 Ivy League showdown, possibly make the cut? Or against all the odds, could Severin's Blu-ray upgrade of The Inglorious Bastards, the 1978 Italian Dirty Dozen knock-off that inspired Quentin Tarantino to do whatever the hell he does, conceivably be The One?

All worthy, to be sure, but for my money it's got to be Flicker Alley's two-disc set of lovingly restored and rarely seen swashbucklers starring silent screen idol John Gilbert.

Gilbert, of course, was one of the biggest of 20s film stars, but today's he mostly remembered as the one whose career was deep-sixed with the advent of sound because he had a squeaky voice. That's an urban myth, mostly, which is to say the reality is far more complex and interesting (and tragic), but in any case, it does a serious disservice to his really terrific work in the silent era, and Bardelys the Magnificent -- a presumed lost big budget MGM costume adventure from 1926 -- is a better than representative example. Based on yet another swashbuckler novel by Rafael Sabatini (Captain Blood, Scaramouche) and directed with characteristic sweep and visual flair by King Vidor, it stars Gilbert as a womanizing swordsman in pre-Revolutionary France; the unjustly forgotten (and woo hoo!, if you know what I mean) Eleanor Boardman is the noblewoman he tries to romance. All of this is staged with characteristic MGM opulence, and as always, if you're not all that familiar with late silent films, you'll be surprised at how cinematically fluent and sophisticated the whole thing is, but the bigger surprise is that it's done with tongue very subtly but firmly in cheek. Gilbert and Vidor are poking sly fun here at both the genre and the star's Great Lover image, and the result is something quite modern and ahead of its time; Bardelys is not quite one of Bob Hope or Woody Allen's silver-tongued nebbish cowards (see Monsieur Beaucaire or Love and Death), but he's certainly a cousin. 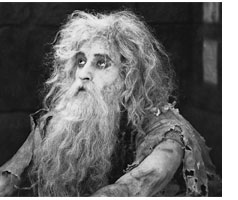 As I mentioned earlier, Bardelys was presumed lost for decades until a print turned up in a cellar in France in 2006; Flicker Alley's beautiful restoration has new English titles based on the original script, and a brief gap in the recovered footage is bridged, rather cleverly, with stills, titles, and an insert from the original trailer. All in all, a fabulously entertaining find. The package is filled out with yet another presumed lost Gilbert costume epic, the 1922 Monte Cristo (as in The Count of). This one's played straight, of course, but Gilbert is wonderful in the part, the print is near complete (and in better shape than you'd expect) and Flicker Alley has appended new English titles and a flavorful piano score. There's also a fascinating documentary on Gilbert's career featuring a surprisingly poignant on-camera interview with his daughter and biographer, Leatrice Gilbert Fountain, a ringer for her old man and the writer almost single-handedly responsible for the current critical reappraisal of her dad's contributions to American cinema.

Oh, and have I mentioned that a frighteningly young John Wayne has a tiny uncredited role as a guard in Bardelys?

Anyway, as you may have gathered by now, you can -- and I think you very definitely should -- order it here. 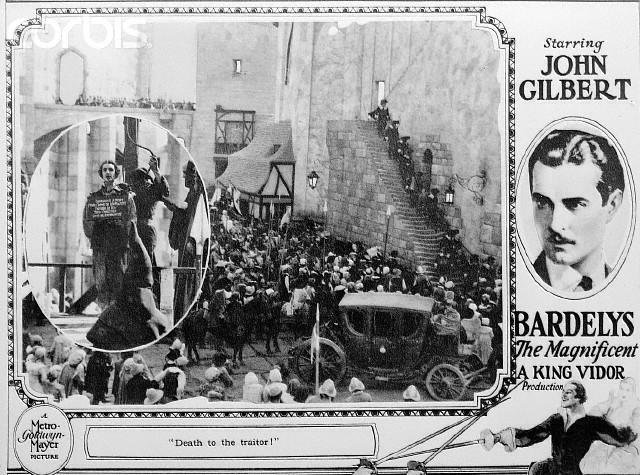 Okay, that said, and because things are going to be relatively quiet around here till Monday, here's a fun and obviously relevant little project for us all -- Most Memorable Film Featuring an Actor or Actress Who Looks Cool With a Sword in His or Her Hand!!! 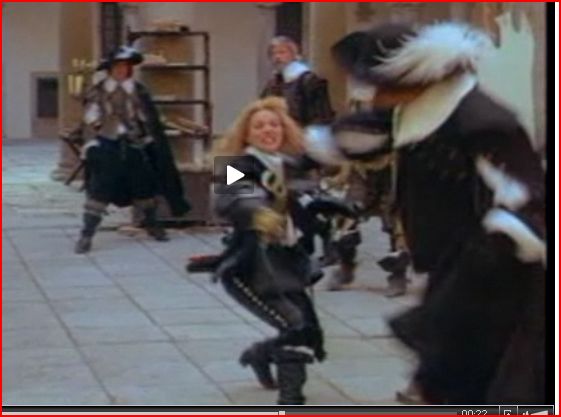 The great Reed Hadley, perhaps best known as the voice-over narrator from a score of noir crime flicks of the late 40s, as the masked avenger. One of Republic's best serials -- the bad guy, an Aztec idol come to life called Don Del Oro, absolutely terrified me when I was a kid.

Doug Fairbanks Jr. and Ronald Colman, in a total tie, and still the single coolest cinematic swordfight of them all.

Fairbanks: You want to let down the drawbridge? I just killed one man for trying that.
Colman: An unarmed man, of course.
Fairbanks: Of course! 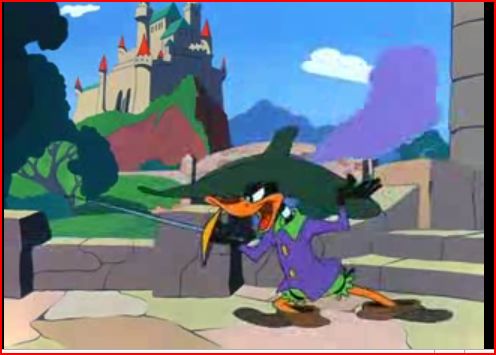 Duck as in Daffy, obviously. "Stand back, musketeers. They shall sample my blade!" Sounds better with a lisp, but you get the idea.

And the numero uno cinematic swashbuckler, it's not even a contest so let's dispense with the pretense that it's otherwise, obviously is --

Alrighty, then -- and what would your favorites be?