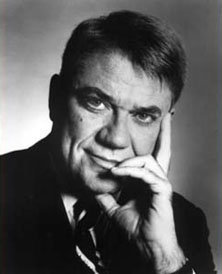 The following is a true story, swear to god, so please indulge me.

We begin on the set of a 1988 episode of TV's pre-eminent film review show At the Movies. The work about to be discussed is Dead Ringers, David Cronenberg's breakthrough masterpiece about twin gynecologists (Jeremy Irons, in one of the great performances in screen history) and their descent into madness. The stars -- Gene Siskel and Roger Ebert having departed to create another review show for Buena Vista -- are critic Rex Reed and former Entertainment Tonight host Dixie Whatley.

Reed, of course, is perhaps best known today either as a columnist for The New York Observer or as a guy who tried to shoplift a Peggy Lee CD from the old Tower Records, but mostly, and I think we can all agree on this, he's somebody who hasn't liked a movie since Irene Dunne retired. Whatley, on the other hand, isn't exactly a heavyweight, but she's reasonably film savvy, enjoys her job and can usually be counted on not to say anything egregiously stupid.

In any case, after some brief introductory hoohah, a clip from the film was aired --

-- and when it was over, the following conversation (presented here in its entirety) took place. Whatley's contribution is accurately paraphrased from memory; Reed's response is rendered verbatim.

WHATLEY: "Well, Rex, this film won't be to everyone's taste. It's very intense, and at times painful to watch. But its portrait of a spiritual and psychological disintegration is astonishingly detailed and poetic, and it boasts an amazing performance, or performances, by Jeremy Irons as the twin doctors, as well as an amazingly brave performance by Genevieve Bujold as the woman who abases herself for them. All in all, if you have the slightest interest in a cinema as an art form, you won't want to miss this."

REED [after a long pregnant pause, and staring directly into the camera]: "Sick. Sick. Sick."

Now, no less than then, words fail me in the face of that.

Okay, another true story -- again, swear to god -- by way of a postscript:

In early January of 73, I was working as a baby critic and editor at The Magazine Formerly Known as Stereo Review, for whom Reed was a regular contributor (I should add that at this point he was still being talked about as a major practioner of the New Journalism, in the same league as Gay Talese and Tom Wolfe).

In any case, on the day in question, Sexy Rexie (believe it or not, his nickname in certain press circles) was way late on a deadline for some piece or other, and the issue we were working on literally couldn't be published until he turned it in. My bosses deputized me to call the celebrity scribe -- presumably to give the new kid a thrill -- and find out what was what.

Finally, after several tries, I got through to the great man at his poshly appointed Upper East Side digs, and asked him when we might receive the highly anticipated chef d'oeuvre.

"It's almost done," he told me. "Right now I'm just plugging in the metaphors."