Weekend Cinema Listomania (Special The Past is A Foreign Country Edition) 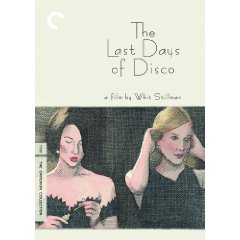 Video Event of the Week: Is it Sony's new DVD's of the original Japanese versions of the classic monsterfests Mothra and The H-Man? Could the four disc box set The Simpsons: The 12th Season from Fox possibly make the cut? Or against everything we hold sacred and holy, could Disney's Hannah Montana: The Movie, the sci-fi epic in which Kal-El, last survivor of the planet Krypton, gives a perky teenage girl (Miley Cyrus) a blonde wig that makes everybody think she's somebody else, conceivably be The One?

All worthy, to be sure, but for my money, it's got to be the cool new Criterion Collection DVD of non-Jewish indie auteur Whit Stillman's 1998 The Last Days of Disco, featuring the toothsome Kate Beckinsale and Chloë Sevigny.

Stillman's an odd case, a whitebread version of Woody Allen except without the work ethic (the fact that he hasn't made a movie since Disco is a bit of a head scratcher, although supposedly he's toiling on an adaptation of Christopher Buckley's Little Green Men at the moment). In any case, I wasn't nuts about his two other -- apparently equally autobiographical -- chronicles of the frustrations of haute WASP twenty and thirty somethings adrift in the Reagan years (Metropolitan and Barcelona) but Disco, for whatever reason, strikes me as surprisingly ingratiating. It's an end of an era story, obviously (set against the backdrop of a Studio 54-ish club as its historical moment winds down in the early 80s) and while I probably have less affection for that era and its music than Stillman seems to have, there's more going on here than the description might suggest. Novelist David Schickler, who contributes a perceptive essay to Criterion's package, makes the point that Disco actually owes a debt to The Importance of Being Earnest, which strikes me as on the money; it's a Wilde-ean comedy of manners updated for MTV. Along those lines, my favorite bit comes when young assistant D.A. Josh (Matt Keeslar) tries to warn Des, the caddish womanizing club manager (Chris Eigeman), that the Feds are upset about certain controlled substances being consumed in the backrooms. "I consider you a person of some integrity," Josh says (there's no other word but earnestly). "Except, of course, in your dealings with women." And it's a real testament to Stillman's skill as writer/director that you actually believe that anybody in New York City ever talked like that.

Here's the trailer to give you an idea of the film's rather brittle period charm.

Criterion's widescreen transfer is characteristically first-rate, with the charmingly garish club interiors coming across as particularly eye-popping. Fairly copious extras include a making-of featurette, a running audio commentary with Stillman, Sevigny and Eigeman (Sevigny lets it drop that she was hungover during her audition for the part), the above trailer (in a crisper version), some negligible deleted scenes, and Stillman reading a chapter from his book of the same name.

I should also add that Burr Steers, who plays one of the minor Yupster characters, is the very same guy who directed the recent Zac Efron body-switch comedy 17 Again but don't hold that against him.

In any case, you can -- and on balance probably should -- pre-order Disco here. 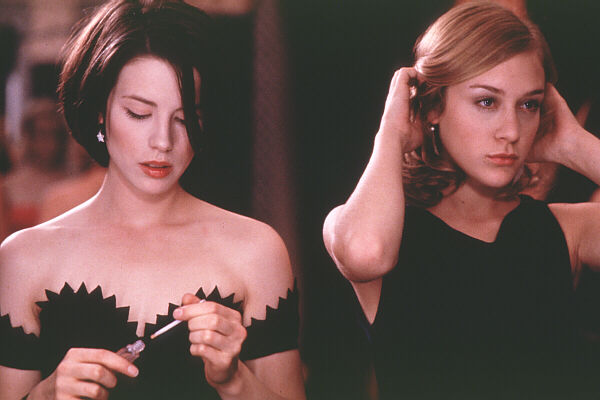 Okay, with that out of the way, and given that things will be quiet around here for a little while, here's a fun and obviously relevant little project for us all:

Most Memorable Big Screen Period Piece Depicting a Recent (Second Half of the 20th Century) Period!!!

And by period piece, we mean, of course, a film that recreates the milieu of an earlier (but not too distant) era or moment in time, often (but not always) to make some point about our own.

"Where Were You in '62?" Speaking as somebody for whom this movie was practically a documentary, I can attest that Lucas got every single period detail right. Actually, it's a great movie on all levels, I think; how it was made by the same guy who created Jar-Jar Binks is a mystery that may never be solved.

The mid-60s this time, and everything about it feels authentic. Actually, if my crappy high school rock band had made a hit record, this would be the story of my life, although admittedly that's like saying I'd be cute if I had a different face.

New York City in the early 50s and the Golden Age of Television, hilariously recreated. The only false note? Otherwise estimable star Mark Linn Baker as a New York Jew. Benjamin, bubelah -- what were you thinking?

Coming of age in the summer of 1987, and one of the very best films of this year -- smart, funny, surprisingly dark and realistic, and with out of the blue great performances by Ryan Reynolds(!) and Twilight ingenue Kristen Stewart(!!).