Encounters With Greatness (An Occasional Series) 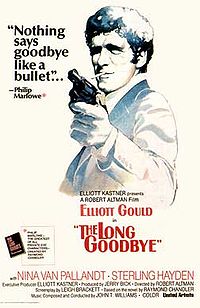 This is a very sad story, so please try not to laugh.

In 1991, I had been unceremoniously dumped by a long-term girlfriend, and was persuaded by some well-intentioned pals to try to get over my broken heart by taking a solo vacation on the lovely Caribbean island of St. John. On my next to last night there, I happened to meet and hit it off with a really cute young lady at a local watering hole; as we parted, she allowed as how she was going back to the States on the next evening, but that on the morrow she'd be hanging out at a particular and particularly spectacular local beach.

Next morning, I made a beeline for said beach, as you can well imagine, and sat down on a towel to wait for her arrival. After several hours, the lady in question was a no-show, but in between peering obsessively at my watch and taking occasional walks up and down the length of the beach looking for her, I noticed a very nice tourist family on the towels next to me -- husband and wife, middle-aged, with two young kids, and obviously from New York City or its environs. The guy in particular looked terribly familiar, but I couldn't place him.

By late afternoon, however, it became painfully obvious that the obscure object of my desire apparently had other plans, but as I was packing up to leave, rather disconsolately, it finally dawned on me who the guy actually was.

To my surprise, I'd been looking at the wonderful director/actor Mark Rydell, whose performance as psychotic gangster Marty Augustine in Robert Altman's 1973 The Long Goodbye I wrote about on Friday. 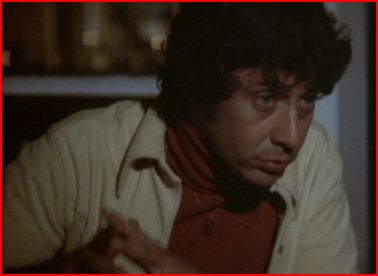 Rydell, I assumed (probably correctly) was in the Islands hiding out from the press after the colossal and highly publicized bomb that was his then just released For the Boys with Bette Midler and James Caan. Anyway, along with several other tourists, I soon found myself and the great man on a jitney taking us back to our respective hotels, and I finally screwed up my courage and said "Excuse me, but aren't you Mark Rydell?"

He looked at me with an expression of panic -- he was obviously thinking, oh crap, some nut who's going to give me a hard time about that damned Midler broad -- untill I added "I just want to say that I thought you were absolutely brilliant in The Long Goodbye." At which point he grinned from ear to ear, asked me my name, and shook hands with me till it hurt.

Oh -- have I mentioned that this is a sad story? Well, when I got back to my hotel, I discovered that the cabbie who had taken me to the beach in the morning had, deliberately for some reason, dropped me off at a different one than I'd requested, and that I'd been waiting for my Manic Pixie Dream Girl at the wrong place all day. Obviously, I never saw her again, although I've thought of her from time to time over the years, usually on occasions when drugs were involved. 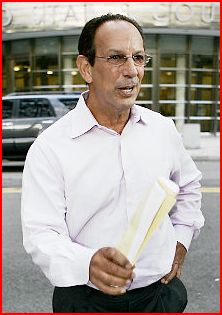 And there's a sort of ironic kicker to the tale. Right after I introduced myself to Rydell, one of the other tourists on the jitney asked if I had a relative named Robert Simels, a big deal lawyer in New York City, who they knew socially. I allowed that yes, I had a second cousin named Robert who was a NYC attorney, although we had never met.

A few years later, of course, he started to show up as a pundit on Court TV during the O.J. unpleasantness, and I subsequently learned that he had achieved a certain notoriety for getting involved in a legal fracas with Yoko Ono and, rather more interestingly, for defending a certain class of client, including Henry Hill, the real-life mobster played by Ray Liotta in Goodfellas.

I also decided that he was more or less my evil twin doppelganger, a perception that was reinforced this August, when the poor guy was convicted of trying to have a witness in another case...uh, I believe the technical term is "wacked."