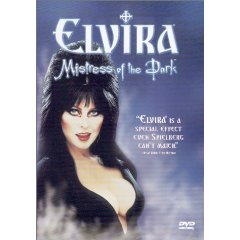 Full disclosure: Despite my affection for the original Terminator, I'm not a huge James Cameron fan. In fact, although it's been fifteen years, I still haven't forgiven him for his genuinely cruel use of Jamie Lee Curtis in True Lies, a bloated action misfire that I think most sentient mammals still regard as the stupidest Tom Arnold movie ever to gross $378,882,411 worldwide.

That said, I was surprisingly underwhelmed by the trailer (currently viewable on the front page) for his forthcoming Christmas season techno-3D blockbuster Avatar, a film which as you may know is supposed to Change the Course of Motion Picture History Forever, but whose imagery and effects struck me as second-hand and hackneyed (although to be fair I haven't see the 16 minute promo recently trotted out for the press).

In any case, I think it's safe to predict that even if Avatar turns out be as successful as Cameron's earlier Titanic, no visual in it, no matter how cutting edge and state of the art, will come close to the sheer poetry on display in the clip from the hilarious 1988 horror comedy Elvira Mistress of the Dark below.

I refer, of course, to the tassle dance commencing approximately two minutes in, and the wink that accompanies it. Sorry, Cameron -- nothing you can do with a computer will even approach what delightful star Cassandra Peterson does here (in 2D, obviously) with a couple of bodacious tatas, a few carefully placed pieces of string, and a sly sense of humor.

In the meantime, I hardly need to add that while the world awaits the December 18th opening of Avatar at a theater near you, you can -- and obviously should -- order Elvira Mistress of the Dark here.