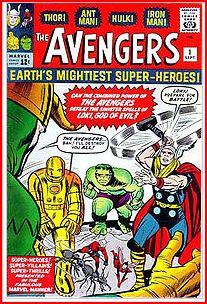 Well, as you may have have heard, The Mouse has acquired the House of Ideas.

Disney said on Monday that it would pay cash and stock to acquire Marvel, the comic book publisher and movie studio whose library of 5,000 characters includes some of the world's best-known superheroes: Spider-Man, The X-Men, Thor, Iron Man and The Fantastic Four...

Marvel has forcefully exploited its most popular characters through motion pictures, video games and consumer products. But Disney sees an opportunity to plug Marvel into its vaunted global marketing and distribution system...The brooding Marvel characters tend to be more popular with boys - an area where Disney could use help. While the likes of Hannah Montana and the blockbuster Princesses merchandising line have solidified Disney's hold on little girls, franchises for boys have been harder to come by...

I must confess I don't have much to add to this, except that these media conglomerates (would it be in bad taste to use the word monopoly?) generally make me feel a little queasy.

That said, I have a word of fanboy advice to the new behemoth on the block.

Dudes -- what ever you do, don't try to build a movie franchise around this character. 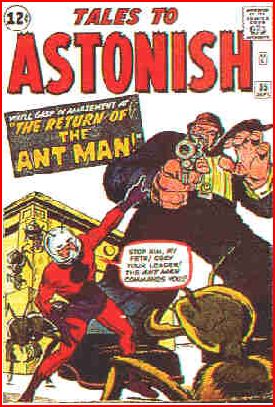 I don't care if he was a charter member of The Avengers. He's lame.

Seriously -- if your big power is the ability to shrink to the size of an insect, there's no way you can call yourself one of Earth's Mightiest Super-Heroes.