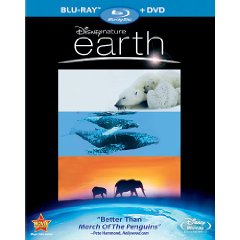 Video Event of the Week: Is it Gaumont Treasures 1897-1913, the fascinating new Kino three DVD set of silent rarities from the catalogue of the oldest still active film production company in the world? Could Universal's Blu-ray version of State of Play, the paranoid conspiracy newspaper thriller with State of Play,conceivably make the cut? Or, in a victory for little guy indie filmmakers everywhere, might the Sony DVD of Sugar, about a 19 year old Dominican kid drafted to play minor league baseball in Iowa, actually be The One?

All worthy, to be sure (and I'll have more to say about Sugar and the Gaumont set next week), but for my money it's got to be the new Disney Blu-ray and DVD combo of the quite remarkable nature documentary Earth.

Earth is -- apart from breathtaking -- a stripped down and re-edited feature length version of a much longer BBC-TV documentary that aired on the Discovery Channel. Its frame story is a Year in the Life, which is to say it follows three animal families -- arctic polar bears, African elephants, and humpback whales -- for twelve months, with various side excursions (like some truly mind-boggling time-lapse photography of the changing seasons in the rain forest) and sonorous narration by James Earl Jones. It's all ultimately quite awe-inspiring, for want of a better phrase, and director Alastair Fothergill manages far too many memorable moments to list; let's just say that I was vastly taken with a sequence of two little ducklings taking their first dive out of a tree (their webbed feet could have been animated by Chuck Jones) and a particular exotic bird mating ritual which made me laugh out loud.

I should add that while there are obviously, shall we say, predator issues raised in the film, there's scant footage gory enough to trouble the dreams of anyone below ten years of age. Also, while the whole planetary warming deal is addressed head-on at times, it's mostly rather diplomatically underplayed, so there's little here likely to inflame our sensitive Republican friends.

Here's the trailer to give you a representative taste.

Disney's deluxe Blu-ray combo edition comes with a DVD for the Blu-ray impaired; the images on both discs are quite painterly and beautiful (the Blu-ray visuals are perhaps incrementally better) and the surround sound is quite spectacular in either format. Bonuses include a reasonably interesting making of documentary (included on both discs) and -- on the Blu-ray -- a very cool picture-in-picture running commentary by some of the filmmakers (you can toggle it on and off).

Bottom line: You can -- and absolutely should, IMHO -- order Earth here toot sweet. 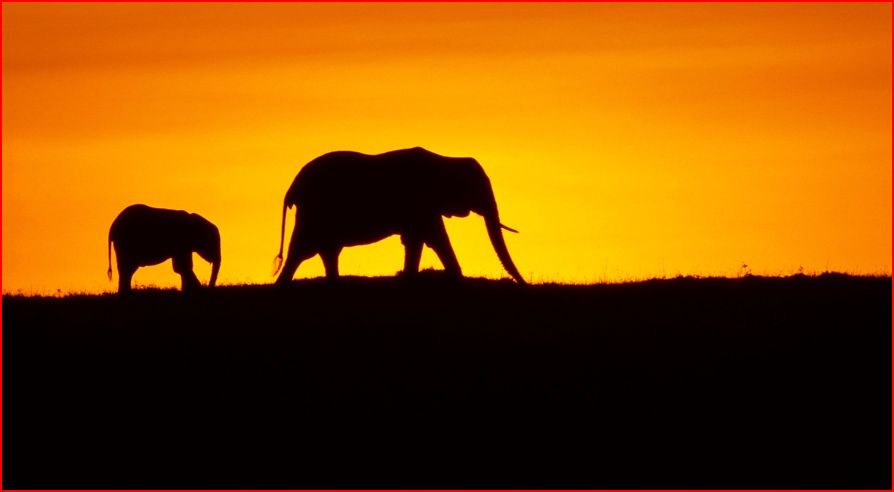 Okay, and with that out of the way, and because things should be relatively quiet around here for a couple of days, here's an obviously relevant and (hopefully) fun little project for us all --

Best or Worst Screen Performance By An Actual (NOT Animated or Computer Generated) Animal!!!

Okay, this is a little bit of a cheat in that the titular parrot is voiced by comedian Jay Mohr, but what the hell -- every time I watch the damn thing I go through a box of Kleenex.

Rex Reed's review of this famously included the line "This pooch could play Hamlet," which is even funnier when you realize that he wasn't kidding.

This scene cracks me up every time. Mrs. Asta, how could you!

A pretty good movie, actually, but I'm including it mostly because it inspired my favorite New Yorker cartoon ever: A bunch of bears are walking out of of a movie theater whose marquee says THE SALMON, and one of them says "I never knew they had feelings too."

And the numero uno thespic turn by one of God's creatures other than a bipedal humanoid with the power of articulate speech, clearly is --

The tender love story of a boy and his rat. Somehow, it makes a weird kind of sense that Michael Jackson sang the theme song.