How Bad Could It Be? (An Occasional Series): Hell Is Other People 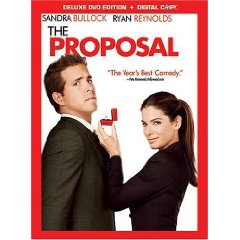 Just finished watching the forthcoming Touchstone DVD version of The Proposal, the 2009 romantic comedy starring America's Sweetheart™ Sandra Bullock and Ryan Reynolds. I missed this one in the theaters earlier this year, and frankly Bullock's subsequent All About Steve was such a stinkeroo that I was kind of dreading checking it out. On the other hand, I've always suspected that Reynolds has a sort of inner Cary Grant (his charming skirt chaser with a dark side in Adventureland was a genuine revelation) and the scenes of Betty White feeling Bullock up in her wedding dress from the trailer looked pretty funny, so I figured it might be worth a look.

Driven career woman Margaret Tate (Bullock) is on the verge of being deported to Canada and losing the high-powered publishing job she lives for. Her solution: Tell her boss (Michael Nouri) that she's engaged to her put-upon doormat of an assistant Andrew Paxton (Reynolds), who detests her (as do all her co-workers). After imposing a few demands of his own (Bullock's firm will publish his first novel), the mismatched couple heads to Alaska where they have four short days to convince Andrew's quirky family (dad Craig T. Nelson, mom Mary Steenburgen and the aforementioned Betty White as his eccentric grandma) and a skeptical immigration agent (Denis O'Hare) that the charade is real. Will the scheme work? Will the bickering pair finally realize that they are in fact perfect for each other? Will Sandra Bullock go on to star in yet another generic romantic comedy next year? The answers to the first two questions are fairly obvious, but as for the third -- who am I, Kreskin? How the hell should I know?

Okay, cutting to the chase, the answer to our earlier question is "Actually, not that bad, but not terribly good either." The film's basic premise, shall we say, strains credulity, and screenwriter Peter Chiarelli tries to have things both ways by making Bullock's character, who needs to be a monster for the set-up to work, not all that unlikeable (hell, she's Sandra Bullock! She's America's Sweetheart™ for heaven's sake). There's also a lot of sturm und drang backstory for Reynolds character (he's got issues with his super-rich father, yadda yadda yadda) that all but screams "Writer's Device!", and White's eccentric matriarch gets real tired real fast, probably by the time Bullock discovers her summoning Native American spirit guides in the woods. In fairness, of course, there are some laughs to be had here -- there's a very cruel gag involving a hawk and an adorable puppy that (to my eternal shame) made me guffaw out loud -- and Reynolds seems to be acting in a better movie than the one he's actually in.

Here's a clip of the big scene where Bullock springs the bogus marriage story to both Nouri and Reynolds to give you an idea of the film's basic tone. 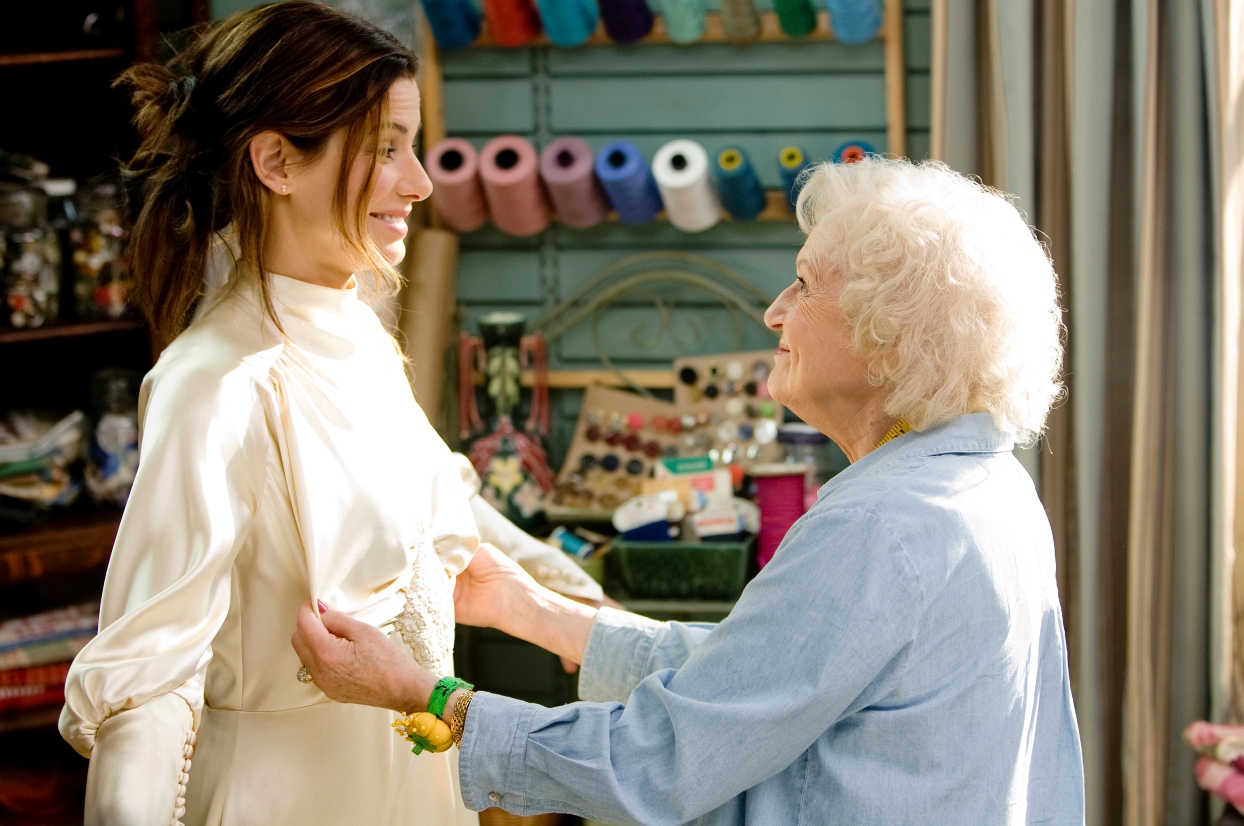 Touchstone's new DVD package comes with a digital copy disc so you can watch the thing on your iPod. It also has a reasonably amusing commentary track by director Anne Fletcher and screenwriter Chiarelli, who can be heard as well underneath an alternate ending and some deleted scenes.

In any case, you can (and I wouldn't necessarily hate you if you did) pre-order The Proposal over here.