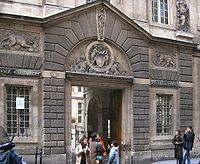 Somebody -- well, actually it was me, yesterday -- once said that in Paris, a movie-worthy story is where you find it. So here's another, and while granted it isn't as intense as the one about the murdered Frenchy with the film genre named after him I wrote about Tuesday, it's kind of sweet and romantic anyway.

Short version: Earlier this week I found myself wandering around the Carnavalet, the incomparable French history museum, when I turned a corner and found myself face to face with this remarkable painting of a young woman -- famous in her day but alas unknown to me.

And immediately fell in love. 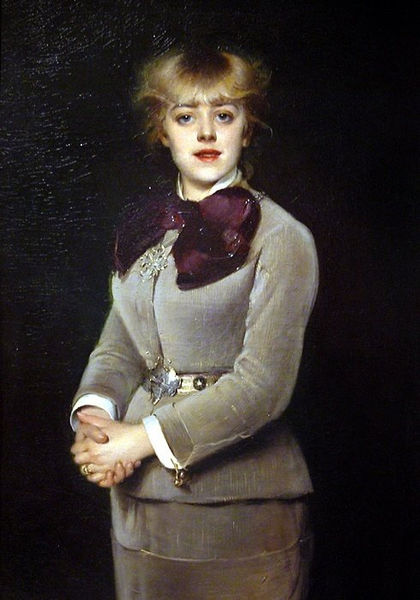 My god, I thought. What a doll. Who was she?

Well, according to the descriptive note with the painting (in French, 'natch) she was Jeanne Samary, a gifted actress and comedienne born in 1857. A beloved star of the Comedie Francaise, she was also a famous model and the author of a best-selling children's book before her death -- under "mysterious" and apparently violent circumstances in 1890, a "shocking" event that was the talk of the city for weeks.

Like I said, I was instantly in love, but I needed to know more. What terrible thing had happened to her? Had she been murdered by a jealous lover? Was she the victim of some Parisien Jack the Ripper? How could she have been taken from me so horribly?

Alas, a subsequent search of Le Google revealed that her history, while tragic, was not quite as dramatic as my inaccurate translation of the painting's descriptive note had led me to believe. Which is not to say her life and my doomed love affair with her lacked cinematic apeal.

The portrait itself (from 1880) was painted by Louise Abbéma... 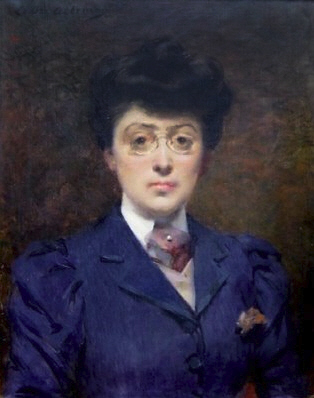 ...who apart from being quite a celebrated artist (self-portrait above) in her own right was also the long time friend and (reputedly) the lover of legendary actress Sarah Bernhardt. So already this story has hot girl-on-girl action.

My beloved Jeanne had also been painted on several occasions by the great Pierre Auguste Renoir himself, most notably in this charming portrait -- The Reverie -- from 1877, when she was a mere twenty years old. And don't tell me there wasn't some kind of hanky-panky going on with those two! 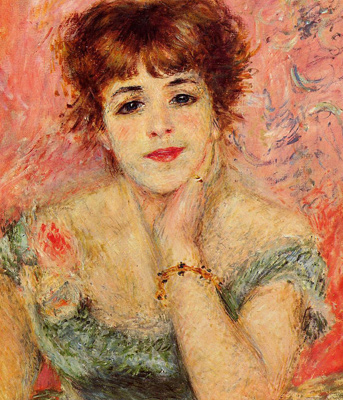 In any case, Jeanne's death was fairly prosaic, if terribly sad; she died, quite suddenly, of typhoid fever (there was a lot of that going around back then), leaving a husband and two young children (who apparently survived her, which means she may have great grandkids wandering around somewhere) behind to mourn her before I came along.

As for the movie, I see a Julie and Julia sort of deal, with a character modeled on me as the basis for a framing story where I track down the scandalous details of her brief life and discover that we were actually related (just to give it a little extra frisson). I'm thinking Michael Bay to direct (he's so good with women), Justin Long as me, and I'm currently stumped who might do for my beloved; if you have any ideas, contact my rep Morty Lachman at the Gonif Agency and we'll get the wheels moving toot sweet.