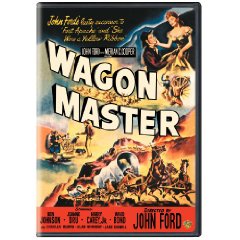 One of the more pleasant perks of this gig is occasionally encountering a film you've heard about for ages but never seen, and then discovering that it lives up to its rep. Today's exhibit A: Warner Home Video's just released DVD of John Ford's 1950 Wagonmaster.

For whatever reason -- the absence of John Wayne or Henry Fonda, perhaps? -- Wagonmaster isn't usually mentioned in the same breath as some other of Ford's westerns from more or less the same period -- Fort Apache or She Wore a Yellow Ribbon or (my personal fave) My Darling Clementine. But numerous folks have told me that it's a keeper over the years, and I knew that it was both a) Ford's favorite among his films and b) the inspiration for the 50s TV series Wagon Train (which means, ultimately, that it's the film Gene Roddenberry based Star Trek on, but that's getting altogether too meta for comfort, so let's exit the parentheses and move on).

In any case, this new DVD version, which has been released without much fanfare, reveals it to be one of Ford's best. The story is surprisingly slight. Basically, a bunch of Mormons (headed by Ward Bond, in one of his infrequent starring roles) hire a couple of shiftless cowboys to lead a wagon train to Utah where they plan to set up a spiritual community. Along the way, there are the usual problems with Indians, outlaws and an occasionally hostile Mother Nature, plus a tremendous amount of music (the soundtrack songs by The Sons of the Pioneers function as a sort of Greek chorus). That precis, however, doesn't do the picture justice, so lets simply add that it features an almost avant-garde narrative structure, gorgeous cinematography, and an amazing performance from the wonderful, and still underappreciated, cowboy actor Ben Johnson.

Here's a clip of the closing sequence to give you an idea of the film's rather startlingly poetic (and ahead of its time for the genre) mix of realism and violence. Rest assured, however, that the video quality on the new DVD is light years better than what you'll see here.

In fact, the DVD images look rather more like this promo shot, which is to say they're ravishing. 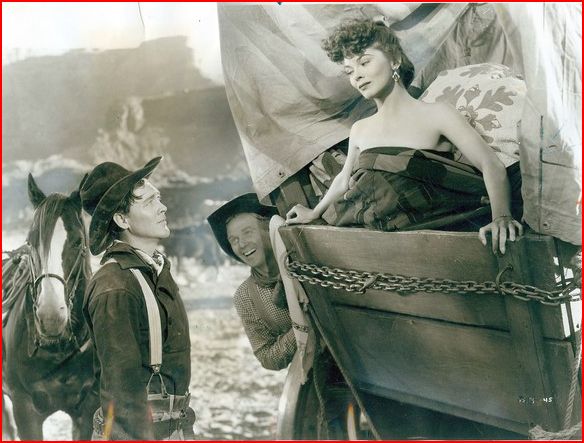 Bonuses on the disc -- worthy, for a change -- include a witty and insightful new commentary audio by Peter Bogdanovich (who of course decades later directed Johnson in his Oscar-winning turn in The Last Picture Show) along with co-star and Ford regular Harry Carey, Jr. (Ford himself shows up on the track from time to time, thanks to interviews Bogdanovich taped back in 1966).

Bottom line: You can -- and I would recommend immediately -- order Wagonmaster here.