Weekend Cinema Listomania (Special It's a Small World After All Edition) 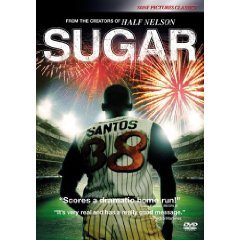 Video Event of the Week: Is it Wallace and Gromit: A Matter of Loaf and Death, a new 30-minute episode in Nick Park's ongoing and hilarious animated series, from Lyons/Hit Entertainment? Might Paramount's new Blu-ray set of Star Trek: The Next Generation Motion Picture Collection, with all four TV movie spin-offs starring Patrick Stewart make the cut? Or, bucking the current teen vampire trend, might John Landis' gleefully gory and funny An American Werewolf in London, now upgraded for both disc formats by Universal, conceivably be The One?

All worthy, to be sure, but for my money it's got to be Sony's DVD of Sugar, the 2008 Sundance fave about a Dominican baseball player trying to make it to the major leagues and pull himself and his family out of poverty, which I inaccountably missed when it came out beginning of the month.

The film tells the story of Miguel Santos (Algenis Peres Soto), a gifted small-town pitcher with a wicked knuckle curve who gets scouted by the fictional Kansas City Knights and packed off to play in the minors in Arizona. Ultimately, however, the culture shock he experiences becomes more than he can handle and he becomes increasingly alienated, ending up in New York City where he has to learn to fit into yet another world, but without the game and the attendant dream to fall back on.

I don't want to oversell the picture; it's ultimately a bit slight, and although writer/directors Anna Boden and Ryan Fleck made a smart choice when they decided to focus on one of the countless Dominican player wannabes who doesn't make it as a béisbol star it's not like you haven't seen something like this before. Still, both the sports and Dominican immigrant milieus feel completely authentic, and Soto (a real-life shortshop who makes a totally convincing pitcher) is, you should pardon the expression, a natural, in both the game scenes and off the field; the fact the film is as genuinely affecting as it is is largely down to him.

Here's a couple of scenes to give you an idea of Sugar's unassuming charm.

Sony's video transfer is first-rate; reasonably interesting bonuses include some deleted scenes, the theatrical trailer, an interview with Soto about the casting process, and a fun mini-doc on real Dominican players featuring interviews with David Ortiz and Pedro Martinez. 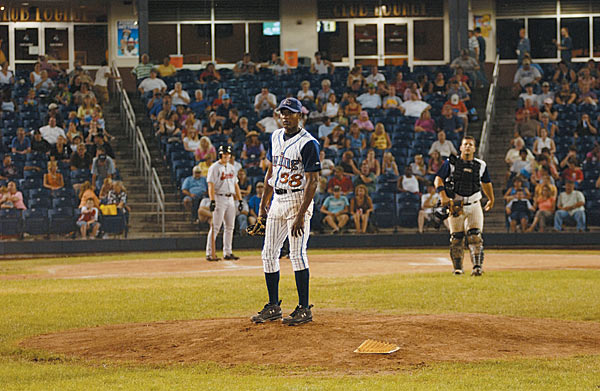 Okay, that said, and because things will doubtless be fairly quiet around here for the next few days, here's an obviously relevant and hopefully amusing little project for us all:

Most Memorable Film About the Heroic Struggle of the Little Guy Against the Odds!!!

It's too bad about the sequels (actually, the most recent one isn't bad), but this is a near perfect little film -- a lovely fairy tale that cons you into believing it's a piece of gritty urban realism until almost the last minute. If Stallone had come along twenty years later and made this we'd be hailing him as some kind of indie genius.

A pair of impressive boobs (Julia Roberts) and eyebrows (Albert Finney) take on evil corporate polluters and win big time. The fact that it's a true story is just the icing on the cake.

Out of work ballplayer Gary Cooper goes up against a power mad corporate/fascist bad guy (Edward Arnold, doing his best Dick Cheney imitation). Surprisingly pertinent stuff even now, but we still say he should have jumped.

A horse is a horse, of course of course. Except in this case, when he's the ultimate come-from-behind underdog.

And the numero uno screen paean to the little guy within all of us quite obviously is...

For obvious reasons, obviously. Sorry I couldn't find the scene where they crucify the monkey.