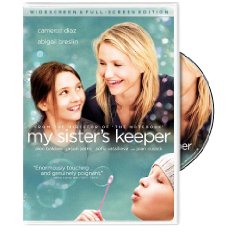 Okay, this is going to be a fairly long set-up for what may turn out to be a surprisingly self-pitying apologia, but bear with me if you will.

To begin, let's set the Wayback Machine to April 20, 1979. The occasion is rock crit turned film scribe Janet Maslin's New York Times review of a movie that has since stood the test of time. Here's the opening paragraph, which then as now just completely blows my tiny mind.

Some people hate musicals, and some dislike westerns, and I have a pet peeve about flesh-eating zombies who never stop snacking. Accordingly, I was able to sit through only the first fifteen minutes of Dawn of the Dead, George Romero's follow-up to Night of the Living Dead.

"I was able to sit through only the first fifteen minutes..."

Seriously, I remember reading that at the time and being just stopped dead in my tracks. An eagerly awaited film by a goddamn important film maker, and this bitch -- sorry -- couldn't be bothered to sit through it? Despite the fact that it's her goddamned job, and a damned cushy one, to do so? What the hell was she thinking? What an insult to her readers, to her profession, and to....well, you get the idea. Pissed me the hell off, in any case, and to this day I haven't forgiven her editors at the Times for letting her get away with it. Of course, in retrospect, it was a harbinger of the Newspaper of Record's declining standards on the news side, but let's not bring Whitewater, the 2000 election, Judith Miller and the Iraq War into this.

Anyway, I bring all that up because I had originally planned today's post to be another entry in our How Bad Could It Be? series. As you will recall, that's the one where I ponder some just out on home video release of a film I missed in theaters and which may or not make me want to kill myself. Some of these flicks turn out to be surprisingly palatable, and some of them -- most recently the preposterously awful horror movie Orphan -- are so mediocre I want to find the filmmakers and cudgel them soundly around the face and shoulders. But, at least in theory, I deal with all of them with courage and plucky good humor.

Well, today -- faced with the New Line DVD edition of My Sister's Keeper, starring Cameron Diaz, Abigail Breslin and Alec Baldwin -- I simply can't. And I'm more than a tad embarassed to admit it.

The plot (via Amazon):

When parents Sara (Diaz) and Brian Fitzgerald (Jason Patric) find that their daughter Kate (Sofia Vassilieva) has leukemia, they make the difficult choice to impregnate Sara with a child genetically ensured to be a donor match for Kate. Over the years, the needs of individual family members--including Kate's sister Anna (Breslin)--are largely ignored in light of Kate's problems. Still, Anna rarely complains, even when it involves the painful process of being a bone marrow donor. Until, finally, she decides to have a say in her own life and enlists lawyer Campbell Alexander (Baldwin) to help her sue her parents. The issue is further compounded by the fact that Kate needs an immediate kidney transplant for even a chance of survival

And if that doesn't sound brutal, here's the official trailer.

That said, my apologies to you readers, to the fine folks at Warner Home Video who sent me the DVD in good faith, and -- I really hate to say this -- belatedly to Janet Maslin. What can I tell you -- I guess I know how she felt. Although I still say she shouldn't have walked out of Dawn of the Dead.

In any case, you can order My Sister's Keeper here and make up your own mind.