Not So Memorable Screen Debuts of the 30s 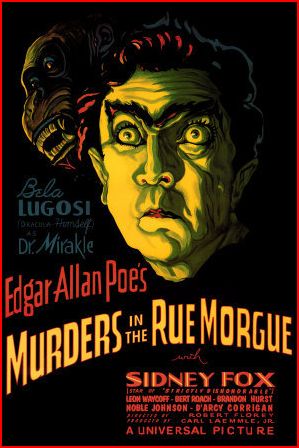 So speaking as we were last week of the late great New York Times critic Howard Thompson -- he of the killer one-line film reviews that ran in the Times TV Guide section for twenty years -- I mentioned that my fave of all of them was for the 1932 horror classic Murders in the Rue Morgue, starring Bela Lugosi and a killer orangutan (well, a guy in an orangutan suit, but you get the idea).

Thompson's review, as you may recall, read (in full) -- "Apetime in Paris."

Ah yes, there were giants in the earth in those days.

Anyway, I bring this up again because it occurred to me there was something else notable about Rue Morgue, above and beyond Lugosi's scenery chewing and the film's interestingly German Expressionist look (courtesy of the great emigré director Robert Florey).

I refer, of course, to the screen debut of a lovely and talented young Broadway actress who eventually went on to a respectable movie career in the 50s and 60s, but who was mostly (and extremely) well known through the 70s as a TV personality on a number of famous game shows.

Here she is in Rue Morgue -- in the role of A Woman of the Streets, as they say -- when Lugosi's mad scientist first encounters her. 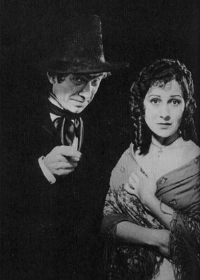 And here she is again, slightly less kempt, after the fiend has begun to torture her. (Hey -- it's a horror movie). 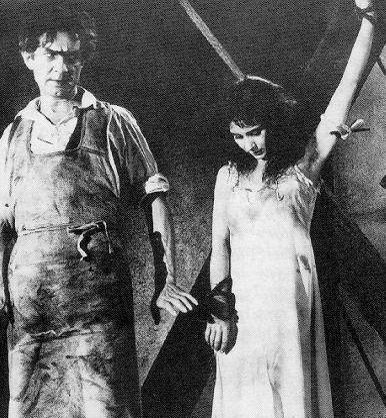 Okay, no Googling please, but a coveted Box Office No-Prize will be awarded the first reader who recognizes her.

An interesting trivia note: Sometime in the early 70s, the then less famous than now film buff/critic Leonard Maltin appeared on the long-running To Tell the Truth as one of three contestants pretending to be, in fact, Leonard Maltin. Our mystery star was on the panel and asked him to name the two Hollywood movies she'd done before beginning her TV career; Lenny, flustered could only remember Rue Morgue (the other was the 1948 adaptation of Arthur Miller's All My Sons) and as a result, she didn't vote for him.

In any case, you can order Rue Morgue as part of a fabulous Lugosi collection -- with The Invisible Ray, The Black Cat, The Raven, and Black Friday -- over here.