Great Moments in What Were They Thinking? (An Occasional Series)

1987: Writer/director Elaine May makes the bizarre decision to have the heartstoppingly gorgeous Isabelle Adjani spend most of her screen time in Ishtar dressed in a ridiculous black turban and robe ensemble that basically reveals next to nothing of her face and figure. 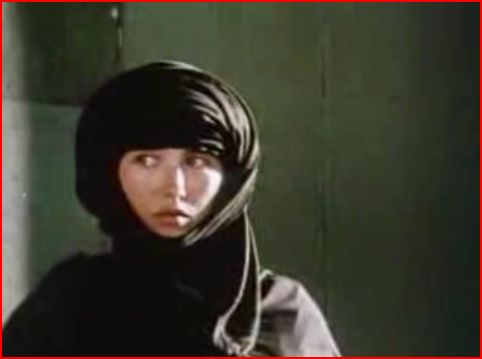 I bring this up because although Ishtar is not currently available on domestic DVD, it may still be viewed on a European disc and last week, over at The Auteurs, my old chum and former colleague Glenn Kenny had a chance to check it out. Not only that, he felt compelled to defend the much-maligned 80s disaster's honor.

With Peter Biskind's new and largely unfortunate biography of Warren Beatty creating some re-evaluation of the star-producer-director-writer's career, the very-nearly age-old question is coming up again: Is the box-office debacle Ishtar, the largely Middle-East-set romp with Beatty and Dustin Hoffman doing a latter-day Abbott and Costello schtick, really all that bad? It's frequently referred to as the Heaven's Gate of comedies, mostly by folks unaware that Heaven's Gate is experiencing a critical re-evaluation of its own. But never mind that for now. One can only really answer that question via a Region 2 UK DVD from Columbia/Tristar. My own feeling is, not only is it not that bad, but it holds up a good deal better than many other big-budget comedies of the 80s... 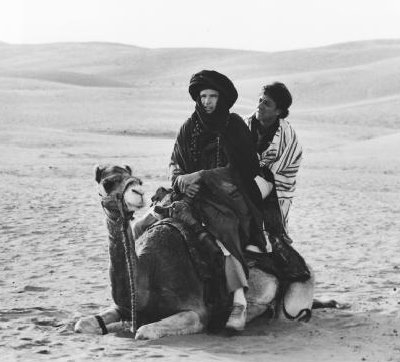 ...and you can read the rest of it here.

Me, I haven't seen Ishtar since it played theatrically, and Glenn makes some interesting and I think credible points here, so I should probably reserve judgement till I have a chance to give it a fresh look-see. That said, however, and speaking as somebody who thought Heaven's Gate was a misunderstood masterpiece from the very first time I watched it on VHS, I gotta tell you I'd be really, really surprised if Ishtar turns out to have been similarly undervalued.