Great Lost Babes of Whenever: In Praise of Hyphens 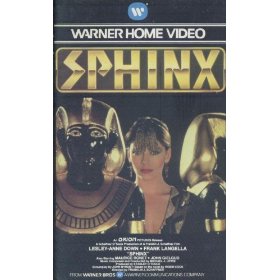 So yesterday, as you may recall, I was pondering the frequently naked Kate Beckinsale, hardly an odious task, and perhaps unsurprisingly I found my thoughts turning to another frolicsome British thespian of a somewhat earlier vintage who has similarly haunted my imagination.

I refer, of course, to the gorgeous Lesley-Anne Down, an actress of whom it might best be said that a film festival devoted to her oeuvre would be an unusual way to kill some time. 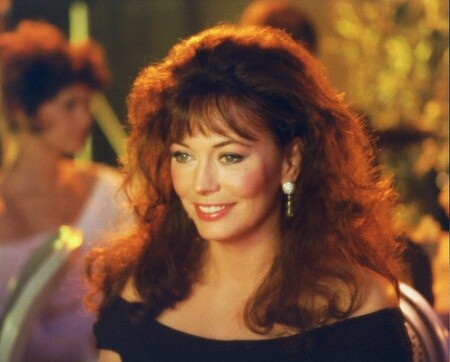 Down is currently toiling on the CBS soap (sorry, daytime drama) The Bold and the Beautiful (that's her, below, from a recent episode, and no, I haven't a clue as to what the deal is with the parachute)... 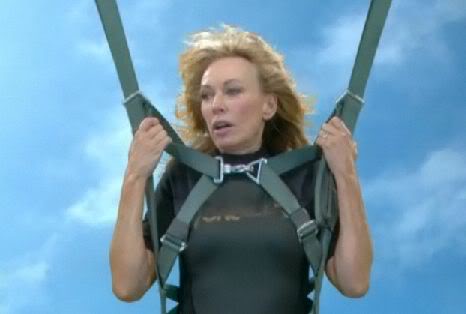 ...but in her heyday, which began with her star-making turn on Upstairs, Downstairs in the early 70s, she racked up (no pun intended) quite an impressive filmography. I, among countless others, was particularly impressed with her work as Lady Bobby Ayres in The Betsy (1978), a Harold Robbins adaptation in which star Sir Laurence Olivier gets to cap a distinguished career with a scene in which, with his pants down by his ankles, he does a French chambermaid doggy-style.

But Down's masterpiece -- and the only movie she got top billing in, if memory serves -- is an actually pretty good Indiana Jones-derived adventure in which she co-stars with Frank Langella and the great John Gielgud. I refer, of course, to the incomparable 1981 Sphinx. Directed by Franklin J. Schaffner, of Patton and Planet of the Apes fame.

Here's the trailer, to give you a little taste.

Seriously, Down may be -- in James Wolcott's famous phrase -- "every bad actress who ever tried to steal a scene with her hips," but she's actually almost believable here as a plucky Egyptologist. In any case, it's a fun flick, and definitely deserving of cult status at the least. The DVD is apparently out of print, but you can stream it or download it over at Amazon here.

Coming tomorrow: My just completed twenty-thousand word essay Swapping Spit: Sexual Politics in the Films of Amanda Donohoe. Could be a hot one!!!