Things That Make You Go "Huh?"

My my, the stuff you can learn via the Intertubes. Perusing some recent posts over at my old friend and colleague Glenn Kenny's invaluable Some Came Running the other day, I chanced across this evocative still from Jim Jarmusch's fabulous 1989 Mystery Train. And in a million years, you'll never guess the identity of the actor playing the ghost of Elvis Presley. 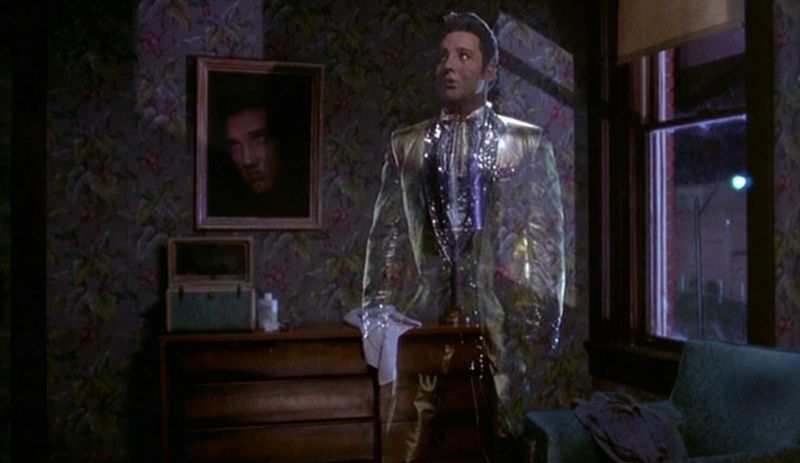 It is, in fact, Steve Jones, at the time pursuing an acting career thoroughly unrelated to his later notoriety as the husband of Paula Jones, the Basil Wolverton-esque Arkansas state employee whose sexual harrassment suit provided the basis for the entire rightwing legal hoohah that resulted in the impeachment of President Bill Clinton.

I know, I know -- you were hoping that it was the Steve Jones who played guitar with The Sex Pistols. I was too, if truth be told. Sorry. Of course, by way of compensation, the late great Joe Strummer of The Clash is also in Mystery Train, as is the late great Screamin' Jay Hawkins in perhaps his finest screen performance. In any case, the Arkansas Jones does not seem to have done any film work in the years since, but his presence in the Jarmusch film remains unnerving.

I should add at this point that fate plays similar (if less morally troubling) tricks even on genuine masterworks. Next time you watch Alfred Hitchcock's indisputably classic Psycho, pay special attention to the penultimate scene -- specifically, to the cop who closes the door on Anthony Perkins' padded cell. 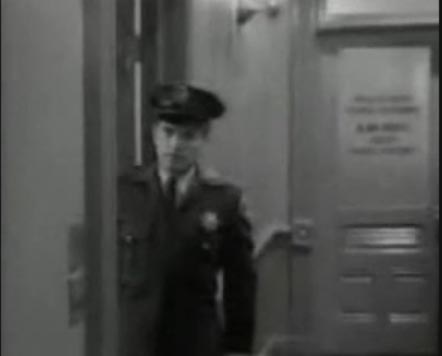 Yup -- as you can see (one hopes) from that unfortunately blurry YouTube screen capture, that's The Mary Tyler Moore Show's Ted Baxter himself, the immortal Ted Knight, as the officer. The mind boggles at the "Hi guys!" possibilities, no?

Or consider this shot, from the 1991 Harrison Ford crowd pleaser The Fugitive. When Ford flees from Tommy Lee Jones into the safety of Chicago's annual St. Patrick's Day Parade, the camera briefly settles on this fellow -- 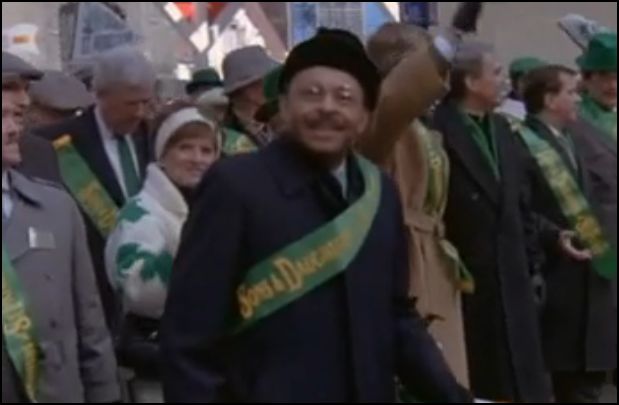 -- who was, at the time, the little known outside of his home state Illinois Attorney General.