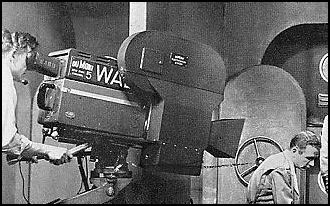 Well, actually not so much of a roundup as a sort of early Spring cleaning, in which I share a few pithy observations about a bunch of films whose disc versions have been sitting on my desk for a while.

I should add that there may be a certain amount of license taking in the process, and I'm sure you're shocked. Also, in a totally unrelated aside, may I simply say again how gratified I was that at Sunday's Oscar festivities Worst Movie Ever Made© auteur James Cameron was aced out for Best Director and Best Picture by his smarter, more talented and better looking ex-wife? 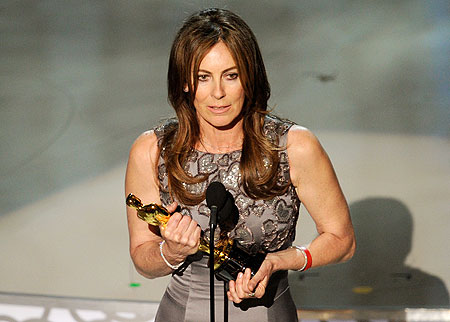 Okay, and now to those discs.

Wrote about the DVD version of this last month, but the Blu-ray is just out, and apparently it marks the very first time a chapterplay has appeared in the newer medium. In any case, TGHSA! looks incrementally better here than in the earlier version, and you get the entire 15 episode saga on one disc. Pretty cool.

"The Greatest Ninja Movie of All Time!" proclaimed Scott Hutcheson over at the aptly named WEAREMOVIEGEEKS.COM, and clearly the most on the money ad blurb since whoever it was hailed the 1988 Treat Williams/Joe Piscopo vehicle Dead Heat as "The Best Buddy Cop Film of the Summer!" My personal hero, Babylon 5 auteur J. Michael Straczynski, claims to have written the script for this in 53 hours, not counting 7 hours for a couple of quick naps and a pot of coffee, and I have no reason to doubt him. In any case, it's clearly "The Citizen Kane of Invisible Guy Cutting People's Limbs Off Movies!" if the studio needs another ad blurb down the road.

Director William Friedkin's 1985 policier struck me as the last word in gritty urban realism back in the day, but when I watched it on Fox's new two disc set, all I could think of was a bigger-budget candy-colored version of the original Miami Vice. It's still worth seeing, though, if only for the scene between a shockingly young Wiliam Peterson and late great King of the B-Action Movie Steve James. The Blu-ray is from a new high def transfer, which doesn't look all that different from the older standard def version on the DVD. The latter has an interesting commentary by director Friedkin, however.

The last time we saw Most Interesting Actor of His Generation Robert De Niro, in the 2008 piece of crap cop thriller Righteous Kill, he was arguing with Al Pacino about whether or not the 60s cartoon character Underdog was on meth.This latest effort -- an all-star attempted tear jerker about a family reunion -- is slightly more interesting, I suppose, but when the title song by Paul McCartney is the most emotionally genuine thing in a movie, I think it's fair to say you've got problems.

I generally find director Mira Nair's work somewhere between annoying and insufferable (or both, in the case of her 2004 mangling of Vanity Fair), but this bio-pic on the iconic American aviatrix is actually quite stirring, and stars Hillary Swank and Richard Gere are terrific together. Fox's disc version has all sorts of authentic period Movietone newsreel footage of the actual Amelia, which behooves beholding.

As I said when I pondered the theatrical version last September, "A gratuitous exclamation point, Matt Damon with a cool fake nose, a hilarious and devastating critque of capitalism run amok, AND sly cameos by both of the Smothers Brothers? Movie of the year, as far as I'm concerned." I have since learned that not everybody thinks the film is quite as drolly funny as I do, however; if you share my enthusiasm, you'll probably enjoy the deleted scenes thoughtfully appended to the DVD.