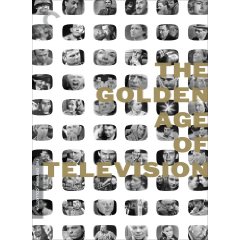 Video Event of the Week: Could Sony's Blu-ray or DVD of Angels and Demons, the profoundly silly DaVinci Code follow-up with Tom Hanks going head to head with The Illuminati, make the cut? Might Blue Underground's Blu-ray upgrade of Gillian Armstrong's wonderful coming of age in the outback flick My Brilliant Career, conceivably get the nod? Or -- and I'll stipulate that this is rather unlikely -- might Universal's various disc incarnations of Judd Apatow's latest mix of dick jokes and sentimentality, Funny People , by any chance be The One?

All worthy, to be sure, even (up to a point) that last, but for my money it's got to be the Criterion Collection's splendid new three-disc box set of kinescoped live TV drama (and comedy) classics from the 50s -- The Golden Age of Television.

The set, as you might have suspected, is based on the PBS series of the same name, which originally aired in the early 80s, and it features eight of the most memorable shows from a remarkably innovative era (1953-58) -- Marty, Patterns, No Time For Sergeants (which made Andy Griffith an overnight star), A Wind From the South, Bang the Drum Slowly, Requiem for a Heavyweight, The Comedian and Days of Wine and Roses. Many of the writers are icons today (Paddy Chayevsky, Rod Serling and Ernest Lehmann), there are early star turns by the likes of Paul Newman and Kim Hunter, and several of the directors (most notably John Frankenheimer) went on to do innovative work in 60s films. Many of the shows themselves became memorable films as well, although not always with their TV creative teams; Blake Edwards, for example, did the film adaptation of Roses, which apparently irked original director Frankenheimer no end.

Here's a brief clip from one of the most famous of the dramas -- Jack Palance in Serling's Requiem -- to give you an idea, especially if you're too young to remember what live television was like. (Criterion's transfer looks vastly better, BTW).

One thing needs to be said to put the set in perspective, however, which is that the whole Golden Age deal is just a tad bogus. All these shows are terrific, to be sure (there's a real sense of a new medium being born) and richly deserve Criterion's deluxe archive treatment, but the unglamorous fact is that they were anomalies in their day. Sturgeon's Law -- that 90 percent of everything is crap -- held as true for live TV in the 50s as any place else, and you could just as easily make the case for the 80s (after Hill Street Blues) or the current decade (The Sopranos, to pick just one example on cable) as TV's Golden Age.

That allowed, the set is an undeniable treasure trove, but if I had to pick just one of the shows for a desert island, it would have to be Lehmann, Serling and Frankenheimer's The Comedian. Apart from being one of the most devastating back-stage show-biz dramas ever, with a title performance by Mickey Rooney that will erase the memory of decades of the Mick's buffonish behavior for anyone who gets a gander at it, but it's also (ironically, in that it wasn't subsequently remade as a film) the most fluently cinematic thing in the set; a lot of it, in fact, plays like a warm-up for some of the more media-savvy sequences in its director's later The Manchurian Candidate. 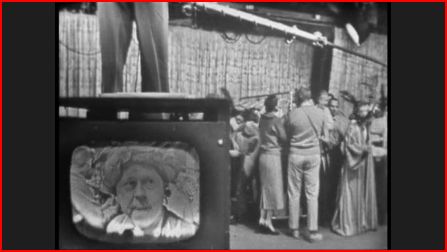 Criterion's versions of the PBS shows (which, as previously noted, are surprisingly watchable given the technological limitations of the original kinescopes) come with the original interviews with many of the the principals, including Julie Haris, Piper Laurie, Palance, and Rooney; there are also new audio commentaries by directors Frankenheimer, Ralph Nelson, Delbert Mann and Daniel Petrie (Mann's track for Marty is particularly interesting).

In any case, you can -- and quite obviously should -- order The Golden Age of Television from Criterion over here.

That said, and because things will doubtless be pretty quite around here due to excess turkey consumption, here's a relevant and hopefully fun little project to keep us occupied for the rest of the weekend:

Arbitrary rule: None of the films based on the shows in the Criterion set under discussion are eligible. Sorry.

And my totally top of my head Top Five are: 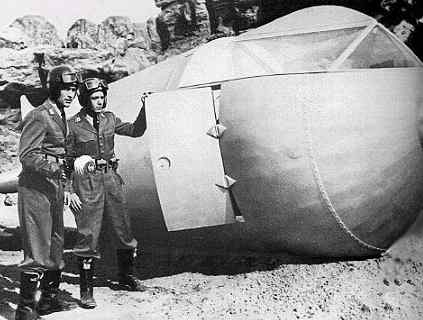 Cheesy even by late serial standards, but worth noting in that it probably cost only marginally more to make than the no-budget TV show it was based on. Tragically, star Judd Holdren (above left) died in 1974 of poisoning by Z-Rays from Outer Space.

I really have nothing to say about this one, except that -- like most fans of the TV show and its previous feature film incarnation from 1998 -- I have decided to forget that it ever existed.

A strong contender for worst big-budget movie ever made, but give its makers credit -- after this, nobody could talk about Post-Modernism as a serious esthetic ever again. An impressive accomplishment, obviously, although now that I think of it, a similar claim could be made for both of the Charlie's Angels adaptations.

Not only light years better than the preposterously stupid film it was based on (directed by Roland Emmerich, and we should have seen the rest of his ouevre coming) but for ten seasons the most consistently entertaining and least self-important sci-fi series in TV history. Honorable mention: Alien Nation (1989-90), which actually improved upon and enriched the concepts only hinted at in the otherwise highly entertaining sci-fi flick of the same name.

The Animal House spin-off, featuring almost everybody from the original film except John Belushi, which should have been a warning sign from the get. Remarkably, the series managed to survive for a surprising 15 episodes despite being almost 100 percent laugh free.