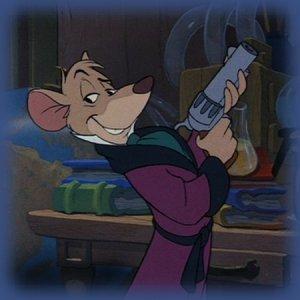 Video Event of the Week: Are we by any chance talking about Universal's 15th anniversary Blu-ray edition of Ron Howard's NASA epic Apollo 13? Might Warner Home Video's new box set of TV's Dallas: The Complete 13th Season conceivably get the nod? Or could, perhaps, Disney's digital restoration of the 1986 animated feature The Great Mouse Detective possibly be The One?

All worthy, to be sure, but frankly none of them really got my juices flowing, so no winner this week. Fear not, though: the Event will return next week, as peppy and delightful as ever.

That said, however, and since things will still be quiet around here for a couple of days, here's a hopefully fun project for us all:

Most Memorable Musical Score for a Non-Musical Film or TV Show!!!

A ridiculously obvious choice, I know, but given that this score -- and the Battle on the Ice sequence in particular -- has been ripped off so many times over the years kind of unavoidable. In any case, it's a fabulous piece of work.


Given how many of his scores are brilliant, picking a single Herrmann is a fairly daunting task. I've given Vertigo the nod because it's such an organic part of the film as a whole; as I've said before, you get two geniuses for the price of one here.


North's score here is bracingly modernist and endlessly inventive, plus it features one of the great love themes in movie history. And has there ever been a better mating of music and imagery than the title sequence above? (The great Saul Bass did the visuals, BTW).

Glasser scored more B-movies and TV shows than you've had hot meals, but the Cisco Kid music is his masterpiece. "Here's adventure! Here's romance!" intones the narrator, and Glasser's theme makes you believe him.

And the Numero Uno most memorable soundtrack music of all time clearly is -- ohmigod, it's a tie!!!


The Mesa score -- composed solely for guitar and piano -- really has to be heard to be believed; it's so...I don't know what the word is...that Ed Wood was moved to recycle it for his 1954 trash classic Jail Bait. Curtin, incidentally, was the father of SNL star Jane Curtin, and had a a long and distinguished musical career apart from this one aberration. As for Manos composers Huddleston and Smith, apparently time has erased all traces of their subsequent work (if any) as I have been unable to uncover any information about them whatsoever. Nonetheless, no one who has ever heard their haunting "Torgo's Theme" has ever been able to forget it, no matter how hard they may have tried.