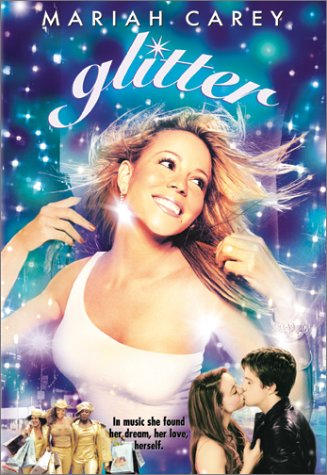 If you were around here two weeks ago, you may recall me kvetching about how my great regret in life is never having been quoted in a movie ad.

I was kidding, mostly, but now comes the next best thing: I've been quoted in a Salon story about being quoted in a movie ad!!!

Admittedly, a little meta, but it's something.

Actually, the piece, which ran last Thursday, is about The 10 Worst Reviewed Movies, presumbably of all time, and you can read it over here. I get excerpted from my TVGuide.com critique of the nearly career-killing 2001 Mariah Carey vehicle Glitter, which I described as "a butt-numbing exercise in tedium sporadically redeemed by by moments of unintentional hilarity."

Here's the rest of the review, including the best seduction advice evah:

Incidentally,  the author of said Salon piece, Andrew O'Hehir, may think he did me a solid, but as far as I'm concerned he still owes me big time. The week before, also in Salon, he posted a Sundance Fesitval dispatch on Michael Winterbottom's forthcoming film version of Jim Thompson's The Killer Inside Me which suggested that the film might be worth seeing despite its disturbing depictions of violence. This occasioned some serious garment-rending over at a feminist-oriented website I look at occasionally, and when I suggested in a forum over there that it might be appropriate to hold off on said rending until one had, you know, actually seen the movie...well, let's just say it wasn't my most popular suggestion this year.