I Lost It at the Series Finale

I realize this is slightly outside of our traditional purview here, but I would just like to say a word in solidarity with anybody who was, shall we say, let down by Sunday's two hour final season wrap-up of the generally riveting TV fantasy adventure series Lost.

Thank you, I'm here all week.

But seriously, I feel for the Lost-ies who were irked over the ending. If truth be told, to this day there are similar souls still seething with resentment over "Fall Out," the 1967 series finale to the show that was Lost's most obvious spiritual antecedent. I refer, of course, to Patrick McGoohan's psychedelic mini-series The Prisoner, which peddled a similarly mind-warping mix of pulp sci-fi/horror tropes and genuinely thought-provoking philosophical hoo-hah (the issue of free will, for example) against the backdrop of a quintessential mysterious island.

Here's the trailer for "Fall Out," and it's perhaps no surprise that some folks found its resolution as unsatisfying as Sunday's walk through the garden of good and evil.

In fairness to McGoohan, however, it should be said that The Prisoner ending was in fact every bit as unambiguous as the Lost ending, just on a more interesting metaphorical level, i.e. it wasn't All the Dream of a Dying Man. In fact, as you can see from this next to last shot from the show, McGoohan's nameless Number Two character, inexplicably "escaped" from his island's Village, has been chauffeured back to his London home where the spooky midget butler from the Village awaits him. 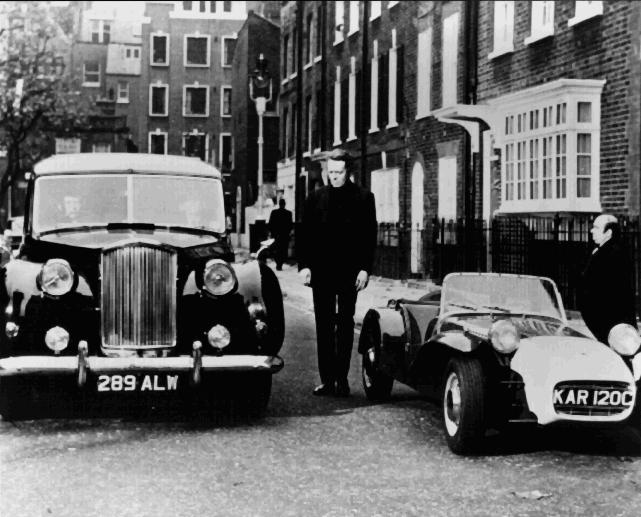 Whereupon his apartment door opens automatically (just like in The Village) and, as he enters, the final title actors credit reads "Prisoner" -- NOT, as you're expecting, "Patrick McGoohan."

In other words, the ending makes the point, quite explicitly, that even though Number Two has been freed from his vaguely supernatural prison, he -- and all of us -- remain the pawns of nameless powerful forces who not only control every detail of our lives but who keep us too distracted and stupid to know that we are in chains.

Compared to that, the Lost touched-by-an-angel finish seems rather weak tea, I think.