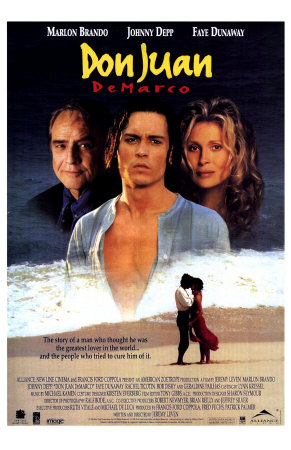 One of the great regrets of my life is that despite a now decades-long career spent, in large part, producing blurbable lines in reviews of albums, films and flicks, I have never -- to my knowledge, anyway -- been quoted in a newspaper or magazine ad.

Okay, perhaps it's not a regret, actually, but it's a little bit irksome.

Oh hell, I don't really care, if truth be told, but it's a fact that it's just never happened.

Fortunately, I have a rich inner life.

In any case, despite (or perhaps because of) never having been quoted, I have tremendous respect and admiration for those who have. And over the years I've made it a point to squirrel away the lines from other reviewers that have impressed me most. In that regard, my second favorite has always been the one gracing an ad for the 1988 Joe Piscopo/Treat Williams vehicle Dead Heat (full disclosure: I first wrote about this here in 2008).

If you missed the film back in the day (and given the downward arc of Piscopo's career since then, I'm guessing that you, like most people, did) that's the one where Williams plays a police officer named Roger Mortis (Mortis -- get it?) who's killed while attempting to arrest a bunch of zombies who commit armed robberies for some criminal mastermind somewhere. Needless to say, he becomes a zombie himself, and tries to track down his killer in the short time he has before his body crumbles to dust, ultimately leading to the moment when his reluctant partner (Piscopo) gets to say "Roger, I think this is the end of a beautiful friendship."

Bottom line: It's a thoroughly awful movie, and the fact that the trailer is actually available on YouTube --

-- has caused me to rethink an earlier assertion that YouTube is the greatest contribution to the sum of human knowledge since the Library at Alexandria.

In any case, here's the blurb:

"The Best Buddy-Cop Movie of the Summer!"

That's so perfect in so many ways (not the least of which is that it assumes that buddy-cop movies are now such a beloved genre that people actually anticipate their seasonal arrival, like they were beaujolais nouveaus) that it's all but impossible to top. Sadly, however, a Google search to discover the author of this genre masterpiece has been thoroughly unavailing. I salute him or her, whoever they were, obviously, and wish them good luck in all their future endeavors.

Anyway, I bring this all up because I've been meaning to share my absolute first favorite blurb for ages, and a Google search to discover its author has turned out rather better. I am referring, of course, to the tag line that decorated  the 1995 romantic comedy Don Juan DeMarco. In case you missed it (and if you did, order it here immediately -- it's a pisser) that's the one starring Johnny Depp as John DeMarco, a guy who believes himself to be Don Juan, the greatest lover in the world. Clad in a cape and domino mask, he undergoes psychiatric treatment with a shrink Dr. Mickler (Marlon Brando) but DeMarco's seeming delusions have an unexpected effect on both Mickler's staff and Mickler himself, who rekindles the romance in his marriage to Faye Dunaway.

Okay, and here's the blurb:

The author? Jan Wahl (I'm not worthy!), critic for KRON-TV in San Francisco. I saw it in NYC in an ad in The Village Voice and had it taped to my office wall for years; I've since learned that the film's studio, New Line, although enamored of Wahl's quip (delivered on air) used it only in in eight city weeklies around the country. On the theory -- probably accurate, back in those primitive days -- that major urban daily papers wouldn't have touched it.

Meanwhile, I'm happy to report that Wahl is still at it; here's her website if you'd like to give her the love she so clearly deserves. Although I'm sure she would agree with me that try as she might, like the anonymous blurber of Dead Heat, she'll never come up with a line as wonderfully quotable.