Weekend Cinema Listomania (Special To "B" or Not to "B" Edition) 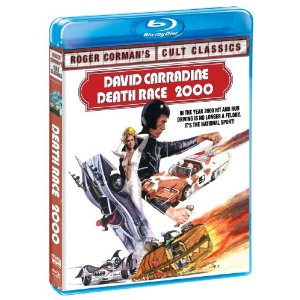 Video Event of the Week: Might Sony's Blu-ray of Youth in Revolt, the latest dweeby teen farce starring dweeby not quite a teen anymore Michael Cera be what we're talking about? Could Disney's DVD of When in Rome, the dispiriting romantic comedy starring Kristen Bell as a disappointed Manhattan party planner on an Italian holiday, conceivably make the cut? Or is it just pathetically obvious that MGM's Blu-ray refurbishing of Greatest Movie Ever Made Showgirls is, in fact, The One?

All worthy to be sure, especially that last, but nevertheless for my money it simply has to be Shout! Factory's bonus-packed Blu-ray debut of actor/director Paul Bartel's prescient low-budget sci-fi dystopian black comedy Death Race 2000 from 1975. Starring the late David Carradine and the still with us (but very young at the time) Sylvester Stallone. And co-written by genius auteur Charles B. Griffith, the wonderfully sick mind behind, among other classics, the original Little Shop of Horrors.

if the film's title and basic premise -- a cross-country road race in which you get points for mowing down innocent bystanders -- seems familiar, that's because there was a steroidal remake starring scowling action star Jason Statham in 2008. That version completely jettisoned the original's nudge-wink! satire of both rightwing politics and pop culture, which of course makes about as much sense as remaking Little Shop as an unironic monster on the loose flick. In any case, as directed by the late Paul Bartel (of Eating Raoul fame) the 1975 version is a very sly and very funny futuristic take on the redneck car crash movies of the period,  and (with hindsight) an interesting time capsule of post-Vietnam American malaise. With some surprisingly good performances as well; the pre-Rocky Stallone is perfection as the cartoon thuggish machine-gun toting driver, and Carradine, strutting around in futuristic black leather like a NASCAR Fantomas, steals just about every scene he's in.

Here's a brief clip to give you an idea of some of what's on the movie's mind.

I would be remiss, of course, if I didn't mention one of the biggest reasons I love DR2000, which is to say the frequent cuts to what might be the most wonderfully unconvincing matte painting in the history of cinema. 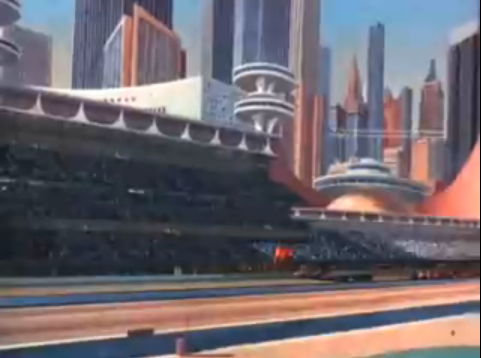 Bottom line:  This is low budget subversive film-making at its best; you can (and I think you should) order a copy over here.

Okay, with that out of the way, and given that things, as usual, will be pretty quiet around here for a couple days, here's a fun and hopefully relevant little project for us all to idle away the hours with:

The Val Lewton original, from 1942, was a model of power-of-suggestion thrills. Schrader's remake strains for some kind of psycho-sexual depth and mostly just seems silly, although Nastassja Kinski in the buff is aces in my book.

Police detective and witness playing cat and mouse with mob hitman (or hitmen) on a cross-country train. For once, a remake that doesn't totally disappoint; in fact, Gene Hackman, as the tough guy cop, more or less erases memories of otherwise estimable Charles McGraw from the 1952 original.

And the Numero Uno imitation is the sincerest form of movie-making artifact just absolutely has to be...

The generally stirring 1962 adventure flick The 300 Spartans retooled (no pun intended) as the most meshugennah and screamingly gay movie ever to gross over a hundred million dollars.

Alrighty, then -- what would YOUR choices be?