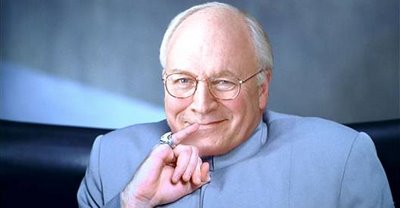 Okay, call me a slacker if you will, but the Video Event of the Week is postponed due to the July 4th Holiday.

Hey -- it's gonna be hot, I have relatives in from out of town, and of course the new Twilight movie will be at my local Hell Octoplex, which means I'll be suicidal till at least next Tuesday. In any case, I promise The Event will make a triumphant return next weekend -- dressed to the nines and so perky you'll want to shove a grapefruit half in its face.

That said, and given that things are going to be pretty quiet around here what with all the barbecuing and stuff, here's a fun and obviously relevant little project for all of us in the meantime:

Best or Worst Feature Film With a Cynical View of America or American Democracy!!!

Apologies up front to anybody who's all flag-waving! and USA! at the moment and finds my timing here offensive. But the fact is I'm feeling a tad cynical about America at the moment and this is, after all, my metaphorical sandbox. So sue me.

And my totally top of my head Top Five are:

"Intelligence reports indicate you that you shouldn't have to worry about flak and that kind of stuff." I should also mention that none other than neocon creep Norman Podhoretz, who considers the great book this is based on to be, shall we say, un-American, famously went mental when the Air Force Academy gave its author, Joseph Heller, an honorary degree in 1986. 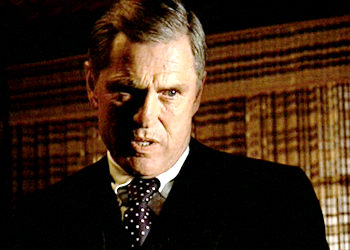 Senator Geary [G.D. Spradlin]:  "I despise the way you pose yourself. You and your whole f***ing family."
Michael Corleone [Al Pacino]: "We're both part of the same hypocrisy, senator, but never think it applies to my family."

Silver-tongued coward James Garner is a US Naval officer whose superiors order him to be the first GI killed during the D-Day invasion. Yeah, I know -- sounds impossible to me, too. From a script by Paddy Chayevsky. 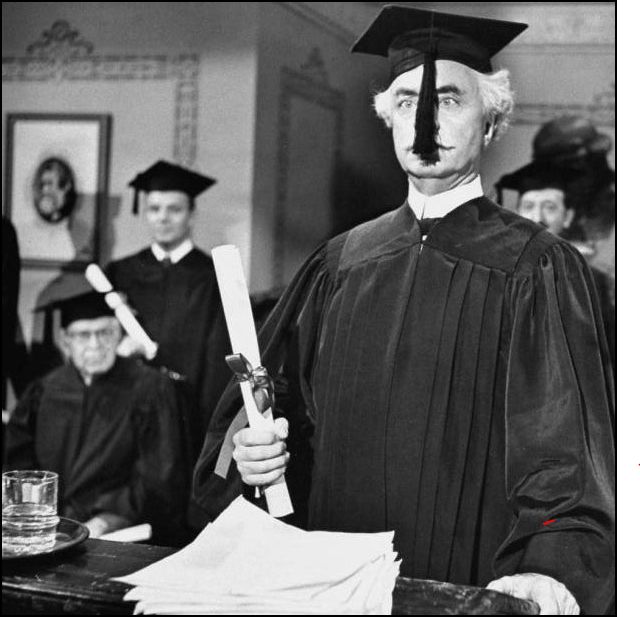 A blowhard US Senator (William Powell, never funnier) hires a slick PR man to help him run for president. Said PR guy never thinks Powell can win, but it turns out the otherwise completely dimwitted pol has a secret diary documenting every shady deal his party's made for 35 years and he can blackmail party leaders to support his candidacy. Gee, I can't believe anything like THAT could ever happen. The only film directed by the legendary Kaufman, BTW.

And the Numero Uno American Exceptionalism, Shmexceptionalism! flick of them all absolutely has to be ....

H.L. Mencken famously observed that "As democracy is perfected, the office of president represents, more and more closely, the inner soul of the people. On some great and glorious day the plain folks of the land will reach their heart's desire at last and the White House will be adorned by a downright moron." Ashby's devastating satire of (among other things) our contemporary media culture, based on the Jerzy Kosiński novel, seems predicated on the notion that Mencken was right, although I've always wondered if Kosiński himself was aware of the quote. In any case, if anybody can watch this today without thinking it could be retitled The George W. Bush Story, then they probably haven't been paying enough attention.