Dennis Hopper: Don't You F**king Look At Me!

Haven't had a chance to note Hopper's death until now (for reasons that actually escape me -- it's been a busy week) but I think the world suddenly seems a less interesting place now that he's gone. Actually, the first thing I thought of when I heard that he'd died was the quite amazing Hopper retrospective I was lucky enough to catch at the Cinemateque Francaise in 2008. Said show was quite a revelation, featuring as it did a look at the guy as not just an actor/filmmaker, but as an artist in lots of other mediums -- photography, painting, and even sculpture (I still get a chuckle over the giant Mexican restaurant guy that was on display outside of the Cinemateque.) 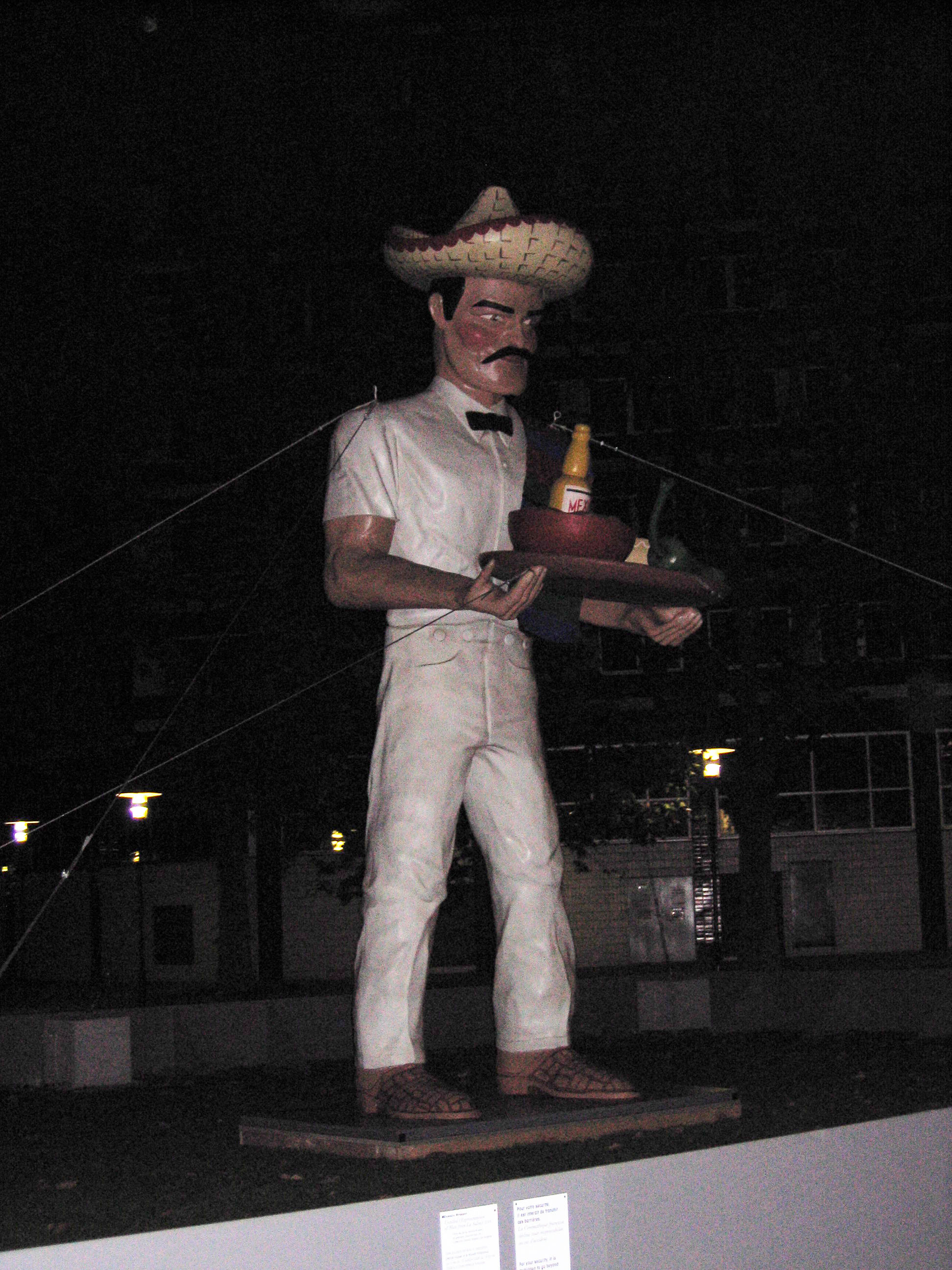 In any case, as I've mentioned here before, one of the coolest things in the show (which never got to the States, alas) was a wonderful mini-exhibit devoted to one of the lesser known films in the Hopper ouevre. I refer, of course, to Night Tide, a 1963 oddity -- part experimental film, part drive-in horror movie -- directed by Curtis Harrington that on balance is my favorite of the great man's screen appearances, give or take Frank Booth and the oxygen mask.

In any case, Night Tide (shot in 1960, on authentic locations around the Venice and Santa Monica Beaches) stars a shockingly low-key Hopper as Johnny, a naive young sailor on shore leave. Roaming the California coastal boardwalks, he meets and immediately falls in love with Mora (Linda Lawson), who poses as a mermaid in a local sideshow; their romance takes a sinister turn when Johnny begins to suspect that Mora may in fact be a cursed sea creature who murders a hapless man during every lunar cycle. Harrington, who straddled the worlds of avant-garde cinema (he was a close friend and collaborator of Kenneth Anger) and commercial Hollywood (he directed the excellent Hitchcockian shocker Games with James Caan and Simone Signoret and in the 80s did lots of episodic TV, including Dynasty), invests the whole thing with a nicely dream-like aura, and gets terrific performances from his cast across the board, in particular the criminally undervalued beatnik babe Luana Anders. The film may disappoint gore hounds, but it's one of the most haunting and accomplished indie horrors of its day; think Val Lewton's Cat People if it had been directed by John Cassavetes.

The film is public domain, so there have been a lot of crappy home video versions over the years; thankfully, the DVD from Image Entertainment, which derives from a beautifully restored print originally done for laserdisc by the Roan Group, looks terrific and comes with a nice commentary track by Hopper and Harrington. You can (and most definitely should) order it here.

But in the meantime, you can watch it, from a not as good but thoroughly serviceable transfer, over here.