And In Conclusion, Michael Bay -- Bite Me!!! (The Final Chapter)

Okay, if you were here last week, you may recall that I announced how I had had it up to here with loud stupid movies based on video games or crappy toys that some protracted in the molar Gen-X studio exec once had as a kid.

In my defense, the July 4th weekend had been rather unbearably hot and I was cranky. Plus, I had just heard they were actually making yet another loud stupid Transformers flick, and if that's not enough to put anybody off their feed I don't know what is.

Anyway, I came up with what I thought, and still think, was an interesting Modest Proposal for said studio exec, or anybody else contemplating making a film like that: Do me a favor and don't. Instead, I suggested -- and this would be free, mind you; I wouldn't accept even want an "inspired by an idea dashed off on a napkin over lunch at a trendy LA eatery by Steve Simels" credit -- that said studio exec try to make a film that lives up to a couple of High Culture visual inspirations.

In particular, artist Henri Fuseli's deeply disturbing and ahead of its time 1785 masterpiece of the macabre The Nightmare. And Francisco Goya's even more troubling and soul-haunting early 19th century nightmare Saturn Eating One of His Sons.

Well, it's been over a week now, and I haven't heard a peep from anybody in a position to greenlight the projects. That being the case, I've decided to throw another one out there, and again -- it's totally gratis on my part. And after that, I'm done; if those ungrateful philistine bastards in the studio boardrooms don't get back to me, then I'm through casting my conceptual pearls promiscuously.

So, mister studio honcho or big shot director -- from 1954, here's the original Mad's maddest artist Basil Wolverton and his light years beyond stomach-turning Lena the Hyena. 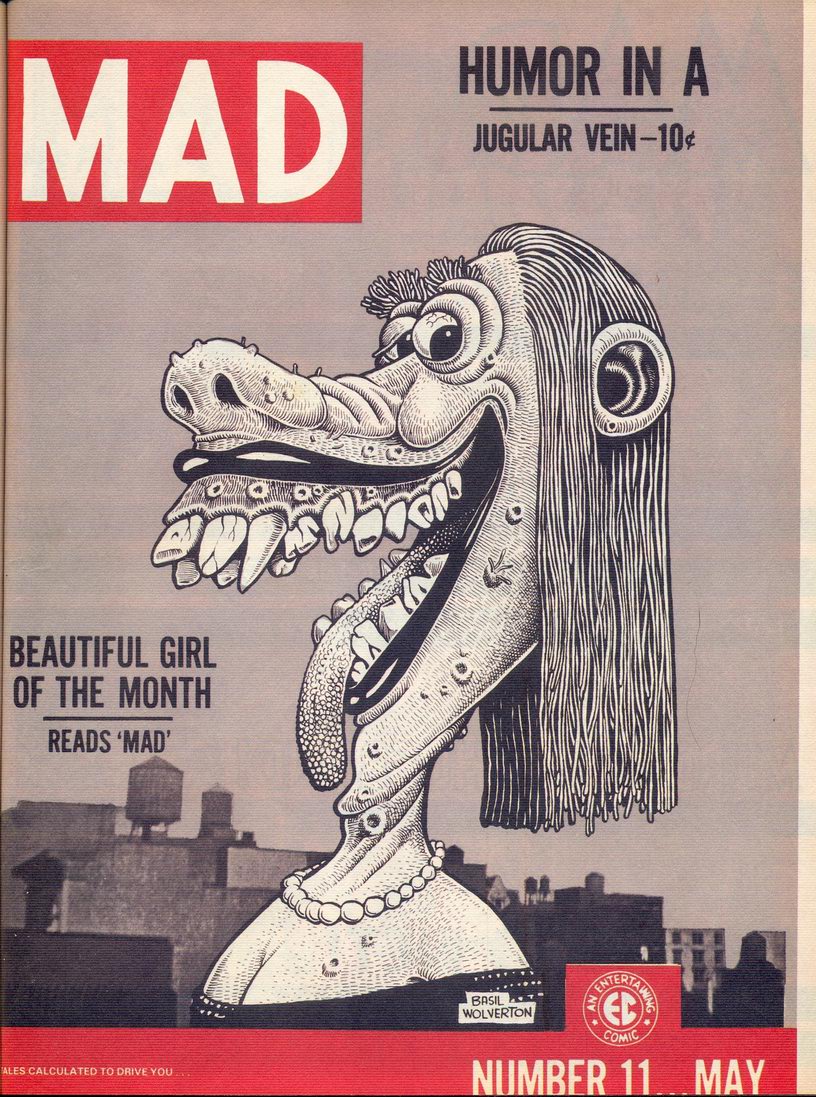 Now go try and make a movie -- maybe a horror flick, maybe some weird kind of romantic comedy, who knows? -- with even a fraction of that rendering's revolting yet riveting kiddie grotesque.