Fangs for the Memories

So here we are at the end of July, more than mid-way through the Summer Blockbuster season, and it's suddenly occurred to me that there's been a serious dearth of vampire flicks. Okay, sure, there's yet another over-stuffed Mummy movie due momentarily (is it just me or does Brendan Fraser really need a new agent?), and that Quarantine thing coming out in October seems to be about zombies of some sort. But overall there's a major lack of suckage (hah!) in our immediate future, or so it seems.

In that case, it is perhaps fortunate that this week sees the release of the Criterion Collection's new two DVD set of Carl Theodore Dreyer's 1933 classic Vampyr. 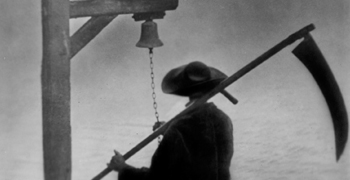 Its critical reputation notwithstanding, of course, Dreyer's sanguinary opus is -- compared to the original Dracula films and their various descendents over the years-- not exactly a household word, and critic Dave Kehr, writing in the New York Times today, pretty much nails why:

Audiences have never really known what to make of it. Dreyer’s 1928 film, The Passion of Joan of Arc, a strikingly modern, austere interpretation of Joan’s trial and execution, had made him a superstar of the emerging art-house movement. The critics probably expected something equally elevated and elegantly restrained for a follow-up. Instead, audiences found themselves faced with a series of harsh, surreal images, barely linked together into a dreamlike plot...Worse, it was a genre picture from an avant-garde filmmaker: too obscure for the general public, too sensational for those who sought a refined artistic experience [emphasis mine].

That said, it's a great film, and you should definitely take a look at it, all the more so since Criterion's new version is a gorgeous transfer from the best available restored print. That last bit of Kehr's, however, reminded me of another vampire flick that's languished in semi-obscurity for the opposite reason -- it's a (sort of) avant-garde picture from a genre director.

I'm speaking, of course, of Night of the Living Dead auteur George A. Romero's 1977 should-be-a-classic Martin. 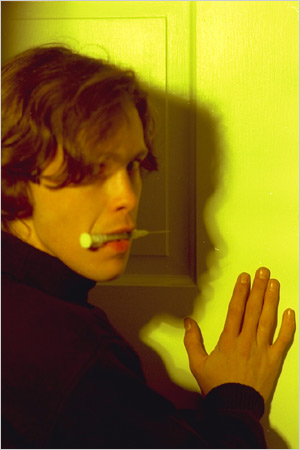 The premise is classic: The titular character (wonderfully played by baby-faced John Amplas) is a sensitive, alienated teenager who thinks he's a vampire despite some evidence that it's all in his head. He doesn't have fangs, crucifixes don't bother him, and he even eats garlic, but despite the handicap of living in a depressed blue collar suburb of Romero's native Pittsburgh, he still carries on like a cut-rate Nosferatu, drugging unsuspecting women on trains and then slicing their wrists with razor blades so he can drink their blood. In one of the film's many wonderful little ironic touches, Martin develops an on-air relationship with a local late night talk radio host, who treats him with far more kindness than the religious nut Old World uncle he lives with. Romero's niftiest inspiration, though, is a succession of black-and-white flashbacks in the style of old Universal horror flicks; these are either Martin's disturbed fantasies or horrific actual memories of his immortal vampire past. The whole thing is a truly sui generis mix of genuine scares, black humor and pathos, and it's not all that surprising that Romero has stated on numerous occasions that it's his favorite of his films.

You can, and should, order it here immediately. It will definitely make a nice evening's thematic double-bill with Vampyr; the only question is which of them you should show first.