Image of the Day: Not Really Apocalypse Now

Caught Christopher Nolan's Inception over the weekend. Essentially, it's a metaphysical Mission Impossible flick -- overlong (what would you expect from the auteur who padded out the otherwise estimable The Dark Knight with a totally superfluous 4th act?), but still mostly rewarding. That said, there's at least one thing about it that sticks in my craw. Consider, if you will, the poster below, which has been used in just about all the print ads (it's ubiquitous in the subways here in NYC) for the film for the last several weeks. It appears to show Inception's principal players on a rooftop, watching as the world comes to an end and the space/time continuum folds in upon itself, and it is, as the kids say, awesome; I can't recall another frame from a film with a such an overwhelming sense of eschatological poetry and dread. 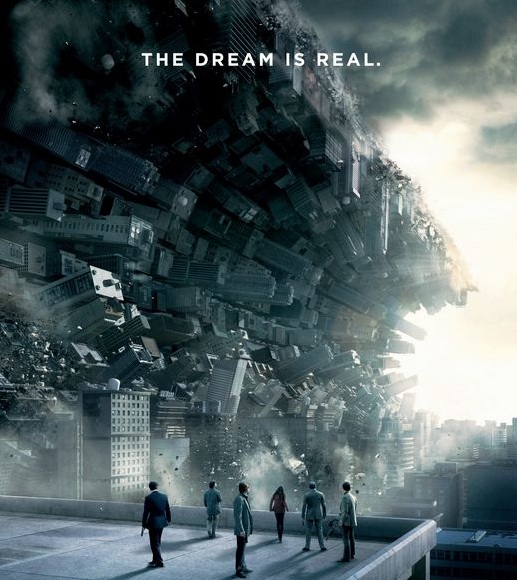 The problem? There's no comparable shot in the film itself; the poster's utterly striking imagery is apparently the product of somebody involved in Inception's ad campaign who seems to have collaged (if that's an actual verb) it together from various other moments that actually are on screen.

A rather tacky bait and switch, I think; not enough to spoil your or my enjoyment of the film as it is, of course, but still irksome.