Image of the Day: The Tooth of Crime

From Secret Selves. An exhibition of 26 mostly life-size photos now showing at the Massachusetts Museum of Contemporary Art, taken by none other than...Leonard Nimoy. 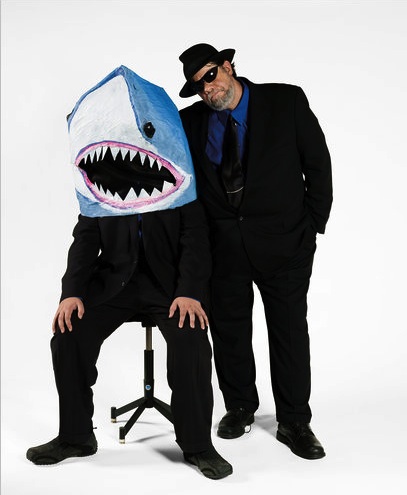 Nimoy has apparently been a serious photographer since the early 70s, when according to Friday's New York Times, "he studied at the University of California, Los Angeles with Rogert Heinecken, a conceptual photographer so rigorous, Mr. Nimoy said recently, that he thought if you happened to see a body falling from the sky, you would be wrong to take a picture of it unless you were already embarked on a study of objects moving through space. Anything else was mere photojournalism."

Heh. In any case, the show was excerpted from photos Nimoy took of residents of nearby Northampton, who had been encouraged to reveal their hidden natures in any way they chose. Interestingly, the poet and student who posed for Nimoy in the shot above  apparently saw themselves as a criminal pairing of Jake from The Blues Brothers and Bruce the Shark from Jaws.

Incidentally, there's bad news for Trekkies in the same Times piece; Nimoy, now 79, considers himself finally finished with movies and television. "I was really done a long time ago," he told reporter Charles McGrath. "But I agreed to make that last Star Trek movie because I thought the Spock character hadn't had a chance for closure."