Okay, maybe it's just because the weekend was wicked hot, but apparently I'm more than usually cranky today.

Specifically, I just learned that they're actually making Transformers 3 right this very moment, and I swear to god -- if I have to endure one more goddamn loud stupid movie based on a video game or a crappy toy some protracted in the molar Gen-X studio executive had as a child, I'm gonna take a hostage.

That being the case, here's my challenge to said studio executive or anybody else currently considering making such a film: Do me a favor and don't. Instead, I offer you a fantastic basis for a blockbuster and you can have it for free. Seriously -- it's based on something in the public domain, and I don't even want a "suggested by an idea scribbled on a napkin by Steve Simels over an expensive lunch" credit. 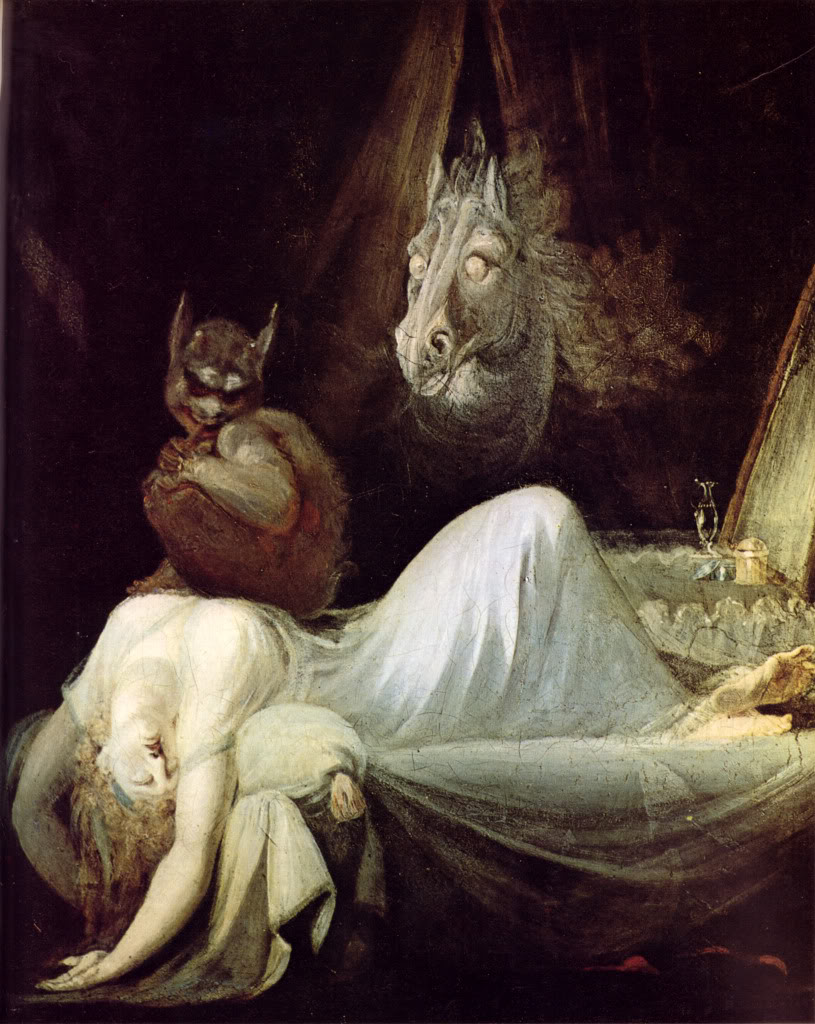 Now go and make a movie -- maybe a horror flick, maybe not --  with even a fraction of the painting's overwhelmingly creepy atmosphere and surprising psychological depth.