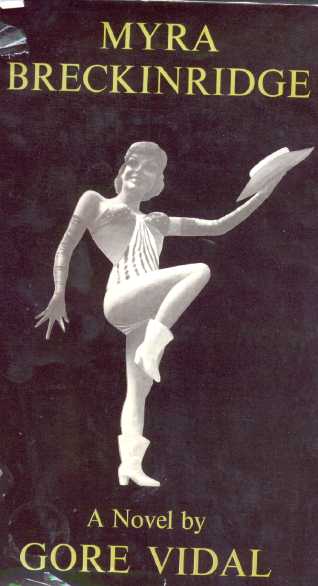 Your assignment: Perform the following mad and brilliant speech on cinema from Gore Vidal's 1968 novel Myra Breckinridge (which does not, if memory and the IMDB quote page serves, figure in the appalling 1970 screen adaptation by Mike Sarne):

MYRA: "One must be thankful for those strips of celluloid which still endure to remind us that once there were gods and goddesses in our midst and Metro-Goldwyn-Mayer (where I now sit) preserved their shadows for all time! Could the real Christ have possessed a fraction of the radiance and mystery of H.B. Warner in the first King of Kings, or revealed, even on the cross, so much as a shadow of the Nemi-crossed agony of Jeffrey Hunter in the second King of Kings, that astonishing creation of Nicholas Ray?"

Seriously, for any number of reasons that's my favorite bit of 60s movie dialogue that wasn't actually ever in a movie. Although if pressed I'd probably give a similar nod to one of the big speeches from the now (alas) mostly forgotten Gorilla Queen, the pioneering 1967 camp one-act by the mad and brilliant but now (also alas) mostly forgotten 60s Theater of the Ridiculous playwright and screenwriter Ronald Tavel.

But of that (alas yet again) I can only find fragments on the intertubes.