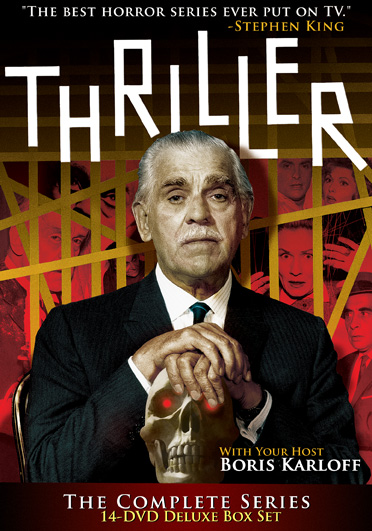 Video Event of the Week: Might Universal's Blu-ray of House: The Complete Sixth Season by any chance be what we're talking about? Could Fox's DVD of Sons of Anarchy: Season Two conceivably get the nod? Or might Image Entertainment's Thriller: The Complete Series, a 14(!) disc set of the early 60s anthology horror series hosted by the incomparable Boris Karloff, in point of fact be The One?

Feh -- it's a long holiday weekend, it's going to be hot, and since I can't seem to get a hold of anybody at Image, I haven't been able to score a review copy of the damn Thriller box. So we'll simply dispense with the Event (have no fear, it will return next week) and proceed directly to a fun, and obviously relevant to Labor Day, little project to help us wile away the hours:

Best American Feature Film Dealing With the Heroic Class Struggle of the Oppressed Workers Against Our Capitalist Overlords!!!

Hey, Glenn Beck assures me there's a Communist in the White House, so it just seemed appropriate somehow.

Hey -- who amongst us hasn't dreamed of escaping our dead end job by using the computer scam from Superman III?

Actually, I was looking for the scene where the Little Tramp picks up a red warning flag off the back of a departing road repair truck and inadvertently finds himself leading a parade of angry Bolsheviks. Not alas on YouTube, though.

Irving Thalberg, the boy wonder of MGM, wouldn't let Vidor make this deeply moving paean to non-corporate small collective farming at the studio, this despite the fact that Vidor had made already millions for him and Louis B. Mayer. Considering that Thalberg's also responsible for the butchering of Von Stroheim's Greed, and (less widely known) for orchestrating a deeply dishonest media campaign against Upton Sinclair's 1934 run for the California governorship, it's kind of remarkable his name isn't identified with the same kind of infamy as, say, Walter O'Malley. [For you younger folks, that's a Brooklyn Dodgers reference. Google it.]

Pretty much the best Evil Corporate Bastards flick of the last several decades, I think. The fact that it's also anti-Nuke is a bonus, at least for me.

And the Numero Uno "Take This Job and Shove It!"  film of them all simply has to be....

Albeit mostly for the two minute and thirteen second scene above, in which deeply alienated worker bee Charles Laughton gets a million dollar check from an anonymous benefactor and yet still takes the time to tell his plutocratic boss what he thinks of him before he leaves.