Okay, I'm more than usually irked this morning. If you must know, it's because I was watching Mad Men last night, as is my wont, and out of the blue the bastards killed off not just my favorite character, but perhaps the most entertaining comedic TV creation of the decade.

I refer, of course, to Ida Blankenship, Don Draper's octagenarian(?) secretary from hell. She of the wing swept cootie glasses, the alarming shuffle, the professional deafness, and the occasional withering one-liners. 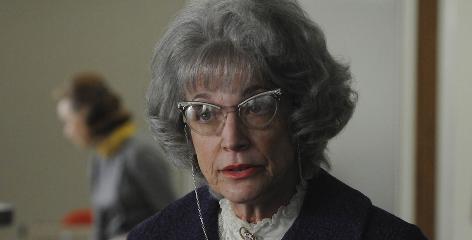 On the other hand, while I am sorry to see Ida go, her death -- she collapsed at her desk, but everybody thought she was only sleeping for the first hour or two -- did, in fact, occasion one of the great lines on a series that has had more than its share.

Contemplating her passing, ad exec Roger Sterling (John Slattery) lifts a glass (what else is new?) and says: "She died as she lived. Surrounded by the people whose phones she answered."

In any case, Ida will be missed. But out of idle curiosity I did a little Google search last night and you could have knocked me over with a feather when I learned that Randee Heller, the actress who brought the gravel-voiced harridan to life, has had another perhaps even more iconic role -- as Ralph Macchio's mom in the 1984 classic The Karate Kid. 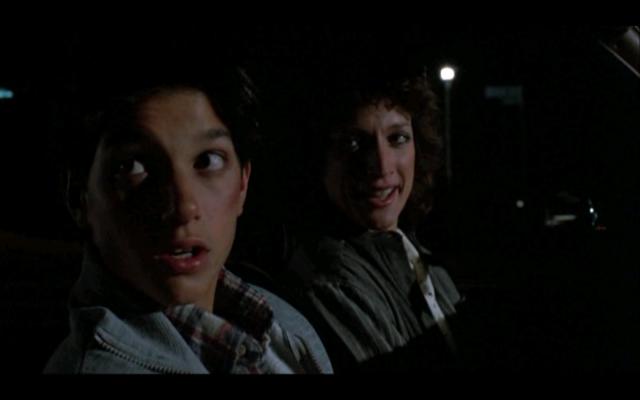 Haller's also done more episodic TV over the years than you or I have had hot meals; in 1979 she actually guested on Supertrain, thus earning a place in the pantheon of the immortals as far as I'm concerned (that's an inside joke, incidentally; buy me a drink sometime and I'll explain it). But her Ida is going to be the one she's remembered for, I think.

However, I strongly suspect that Ida's look and attitude were conceived by Mad Men auteur Matthew Weiner as an homage to an actual performer peculiar to the show's mid-60s mise-en-scene (i.e., you might have seen her on The Ed Sullivan Show, although she's perhaps more famous from a recurring role on an 80s sitcom).

That being the case, a coveted BOX OFFICE No-Prize will be awarded the first reader who guesses her identity. Act now.