Weekend Cinema Listomania (Special Post-AVATAR, Every Other Movie Ever Made Sucks! Edition) 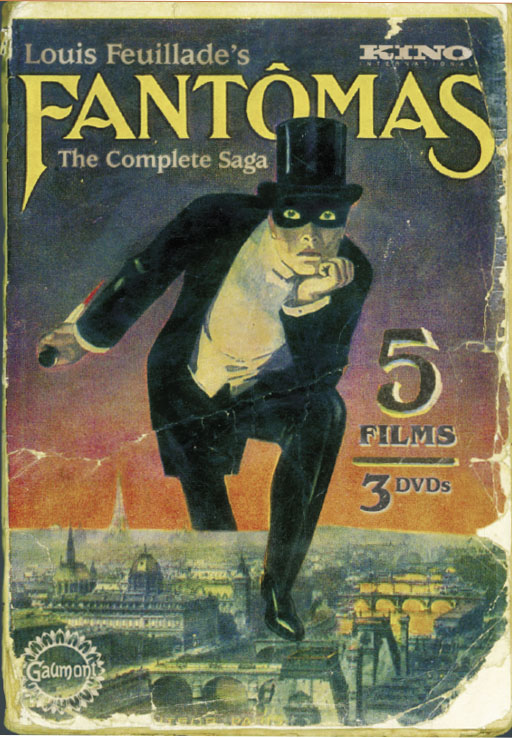 Video Event of the Week: Might Olive Films' DVD exhumation of Where Love Has Gone, the 1964 Bette Davis unintentional camp fest directed by the should have known better Edward Dmytryk be what we're talking about? Could Paramount's three-disc special Blu-ray of the Robert Downey VS Mickey Rourke cage match that is Iron Man 2, conceivably make the cut? Or -- and this strikes me as farfetched -- might Universal's various disc editions of Get Him to the Greek, the latest comedy with Russell Brand cast against type as an over-the-top 80s rock star (I kid, I kid!) by any chance be The One(s)?

All worthy, to be sure, and I'll have something to say about Russell Brand on Monday, but for my money it's pretty much got to be Kino International's new three-disc set of visionary director Louis Feuillade's astounding 1913 supervillain serial Fantomas.

I've obsessed about Feuillade in these pages before, but if you've come in late he was an astoundingly prolific auteur -- between 1907 and his death in 1925 he made approximately 700(!) films in almost every genre -- who's justifiably best known for three great chapterplays which are remarkable on every level (Fantomas is the first). The great critic David Thomson got it right when he said that Feuillade is "the first director for whom no historical allowances need to be made"; far more than even Griffith, he seems to have anticipated almost every development in film grammar by the century's mid-teens. He was also a huge influence on the Surrealists, among them Luis Bunuel, who appreciated Feuillade's ability to find the uncanny in simple landscape images (one of the many pleasures of the Feuillade serials is that they were all shot around authentic Parisian streets and suburbs of the day). Fantomas, based on a wildly popular series of pulp novels of the period, is the last of Feuillade's serial trilogy to get an American DVD release, and it's somewhat more conventional than the later (1917) Judex, in that its protagonist is a criminal mastermind rather than an avenging good guy, and it doesn't have the proto-Expressionist visual flourishes of Les Vampires (1915). But it more than makes up for that with deliriously inventive plotting and its master-of-disguise gimmick (and people though Mission Impossible was a big deal in the 60s -- hah!), and I defy you to watch a chapter without immediately wanting to see the next one. I should also add, for purposes of clarification that Feuillade's serials, are not strictly speaking cliffhangers in the Flash Gordon sense; they're actually a lot closer to a contemporary multi-episode TV mini-series.

Here's Kino's official DVD trailer to give you an idea.

Kino's restored version is from a video transfer that's been available in Europe for two are three years now; it's 99.999 percent complete and derives from mostly excellent prints (frankly, given that the film is nearly a century old, it's astounding that it looks so good). Bonus features (all interesting) include two perceptive and informative audio commentaries by historian David Kalat, two rare Feuillade shorts from the same period, and a mini-documentary on the director's career.

Bottom line: You can -- and should, posthaste, say I -- order Fantomas: The Complete Saga over here. 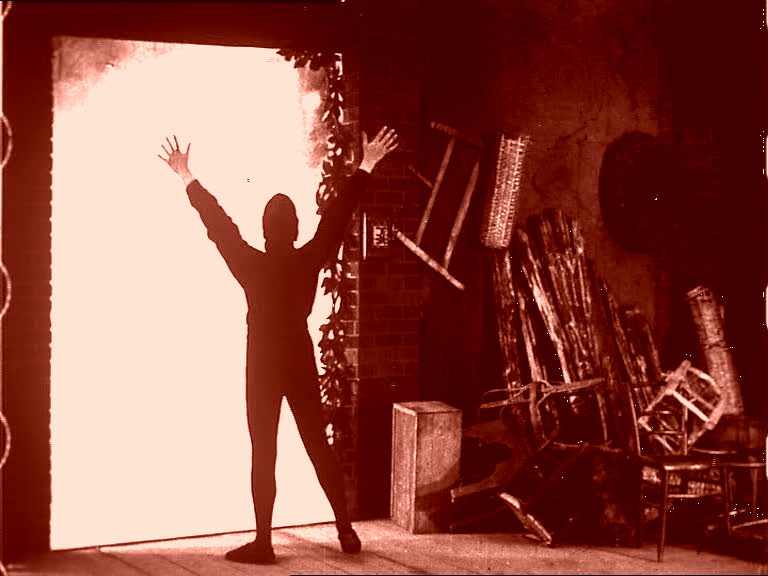 Incidentally, there's an interesting 1964 remake of Fantomas, with the iconic Jean Marais in the title role, directed by André Hunebelle; I don't think a version compatible with American players has yet been released on DVD, but it's definitely worth seeing (albeit a little more James Bondian than it needs to be).

Okay, and with that out of the way, and because as per usual things will doubtless be a little quiet around here for a few days, here's a fun (one hopes) and at least marginally relevant little project to wile away the weekend hours:

Fantasy/Sci-Fi/Horror Film That Either Cries Out for a Modern Remake or That You Fervently Hope Will NEVER Be Remade!!!

Yes, I obsessed about this one last week, but still. I mean, why tamper with perfection? Mitts off this one, Tinseltown!

There are people who actually like the deliberately campy 70s Flash Gordon with the Queen score and the crappy effects, but those people really need to have it looked at. A straight (you should pardon the expression) new FG, with state of the art CGI, however, would be a good thing, IMHO. Unfortunately, Michael Eisner's hellspawn director son Breck is supposedly working on a 3D version, which does not bode well.

Three fricking film versions of this so far, and they still haven't come close to getting the brilliant Richard Matheson novel it's based on right.

Romero's brilliant chiller about an alienated teen who either thinks he's a 84 year old vampire or actually is, and easily my favorite of the director's films. Given that Hollywood seems intent on remaking Romero's entire back catalogue, I'm sure there's a new version of this already in development. And I'm equally sure they''ll screw it up by removing the ambiguity. Feh.

And the Numero Uno will-they-or-won't-they? genre effort of them all simply has to be....

Yeah, I know this was already remade in the 80s with Anthony Michael Hall (not bad) in the Dick Miller part. But I want to see it with -- Johnny Depp. The role he was born to play, IMHO.