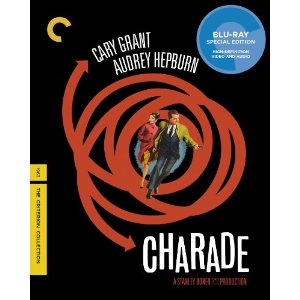 Video Event of the the Week:  Might the Lionsgate DVD of Killers, the excruciatingly unfunny rip-off of the equally excruciating True Lies, starring Ashton Kutcher and the desperately in need of a better agent Katherine Heigl, be what what we're talking about? Could Rogue Pictures' Blu-ray of MacGruber, the umpteenth SNL skit making the jump to the big screen, by some chance get the nod? Or might -- and I think this is a good bet -- Millenium's various disc editions of Solitary Man, the hilarious small-scale comedy of male misbehavior starring a never better Michael Douglas, by any chance be The One(s)?

Could be, could be, but for a number of personal, even sentimental reasons, it just has to be the Criterion Collection's gorgeous new DVD and Blu-ray sets of Stanley Donen's 1963 quasi-Hitchockian charmer Charade, starring Audrey Hepburn and Cary Grant.

The standard take on Charade is that it's the most entertaining Hitchcock film that Hitchcock didn't actually make, and that's probably true, if by "Hitchcock film" you're referring specifically to the master's criminally entertaining 50s Grant vehicles North by Northwest and To Catch a Thief. Charade certainly has the same eye for glamor and sense of fun of those two, and of course Hepburn is every bit as delectable an icon as Eva-Marie Saint and Grace Kelly. But director Donen and screenwriter Peter Stone pull a neat little gender flip on the classic Hitchcock setup; as critic Bruce Eder points out in an unusually perceptive and informative booklet essay in the Criterion package, Charade is practically the distaff answer to North by Northwest. Here's it's the woman, Hepburn, whose life is turned upside down and menaced on all sides by mysterious figures out to do her harm for no immediately discernible reason, while Grant plays the glamorous, seductive figure who may or not have her interests at heart either.

Here's the original theatrical trailer (included in the set) to remind you just how much fun all this is. And I should mention, at this point, that the ensemble supporting cast is aces; apart from everything else, Charade just may feature Walter Matthau's most underrated performance.

Criterion's new high-def transfer (in both the DVD and Blu-ray editions) is from a 35mm interpositive, and looks smashing (the better to appreciate how artfully Donen dealt with the film's Paris locations). Bonuses with the set include the aforementioned trailer and a running audio commentary by Donen and Stone (who died shortly after the recording); if you've ever seen Donen interviewed elsewhere, you already know just how ingratiating and funny the track is.

Bottom line: You can pre-order Charade -- and frankly, I can't imagine what you're waiting for -- over  here.

Okay, and with that out of the way (and because things will doubtless be a little quiet around here for a couple of days) here's a fun and obviously relevant little project to help us wile away the hours:

I thought this one worked on every level, not just because the chemistry between Roberts and Owen was palpable, but apparently this was a minority opinion.

3. Alec Baldwin and Kim Bassinger  in The Getaway (Roger Donaldson, 1994)

A famously tempestuous real-life beautiful couple playing an even more tempestuous pair of film noir lowlifes. It should have worked, but instead, the whole movie just sort of lies there like a lox.

And the Numero Uno Fun Film Couple of them all -- c'mon, why are we even considering anybody else? -- simply has to be.... 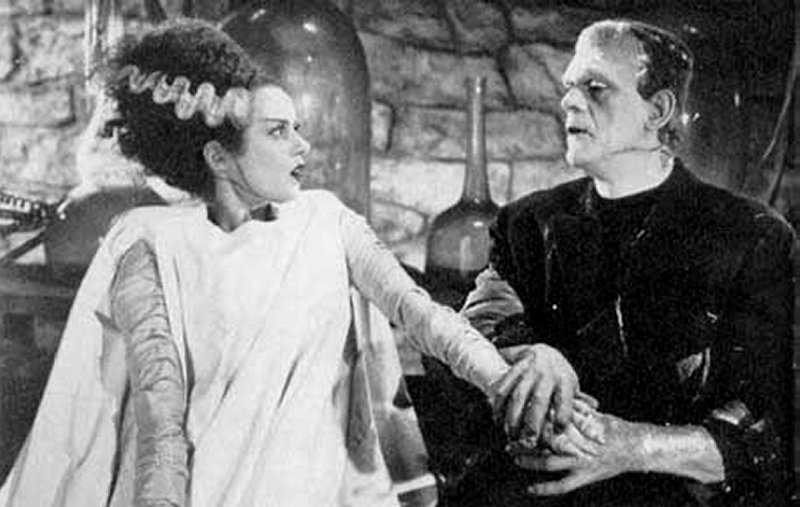 Of course, when they finally meet, it's obvious the relationship hasn't got a chance. But still -- what a pair!!!