Image of the Day: The Chimp is the Father to the Man

Johnny Weissmuller (Tarzan) and Maureen O'Sullivan (Jane) have a spirited philosophical discussion with Cheetah (as himself) about the origin of species in Tarzan's New York Adventure (Richard Thorpe, 1942). 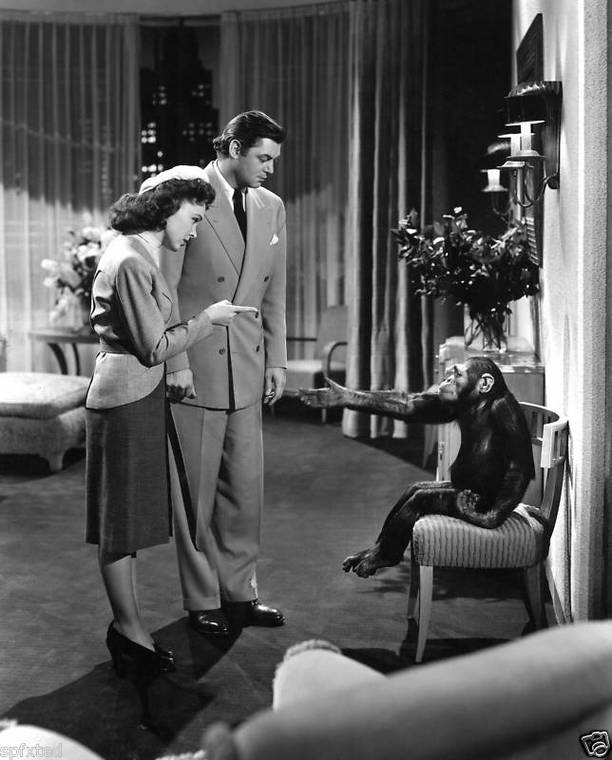 I don't know why this picture cracks me up so much, but it does. Sorry.

I should also add that 30 or so years later, Weissmuller (who back in the day apparently did not have an off-set relationship with his non-simian co-star) told an interviewer for CREEM magazine an ungentlemanly (and perhaps apocryphal) story about O'Sullivan.

It seems in her later years she invited him over for a visit and then tried, rather sloppily, to force her affections on him. "Jesus," he said to her (or so he claimed) "Your breath smells worse than Cheetah."